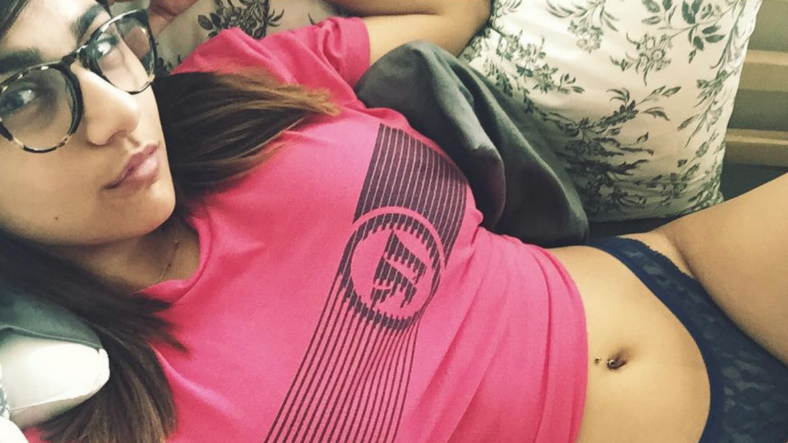 Just Tim Tebow sitting around eating guacamole straight out of a container pic.twitter.com/xmHLWTtPmj

Khalifa now lives in Texas but likely due to her time doing skin flicks in Miami is a huge fan of the Florida State Seminoles. That explains better than anything why she had to call out Tim Tebow’s bizarre eating habits, captured in an impromptu photo by sportswriter Steven Ruiz—Tebow was, after all, once the Heisman Award-winning QB for the Seminoles’ big in-state rival, the Florida Gators.

Seriously, though, what the hell is Tebow doing here? Everyone loves guacamole if they just sit down and try it, sure, but just chowing down on a tub like it’s no big thing? That’s Tom Brady-level diet strangeness. Where are your chips, Tebow?

While we’re pretty sure Tim Tebow’s rep as a clean-cut nice guy is mostly for real, consider us Team Mia on this one. Guac belongs on chips—or burgers, or tacos, or whatever you like—period.