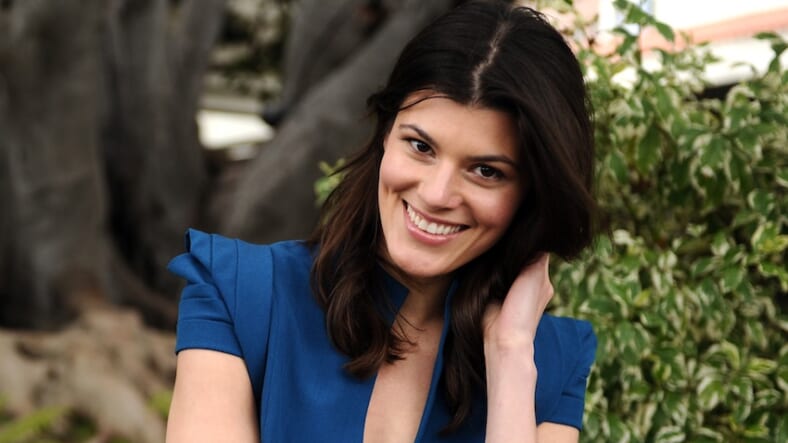 Look, it’s easy to make jokes about people who need emotional support animals. Too often it seems more like an excuse to just haul your dog wherever you want to go. But the truth is, they really do help some people.

It’s a little surprising, though, when someone you might assume has a glamorous life reveals they sometimes need their pet to get through the day. Like environmental activist and model Summer Rayne Oakes; the Post reports that she carries her hen Kippee everywhere.

Tomorrow, Saturday May 12th we’ll be getting together @lossures in Williamsburg to do the official Kippee Coop 🐔 + Chicken Garden 🌱build out. Last month, we were able to successfully raise enough funding on the @inourbackyards platform to grace the senior citizen service center in the neighborhood with a new coop. Tomorrow will be the first volunteer day, so if you’d like to get your country on, learn how to build a coop, and get together to help the community, then fill in the sign-up form link in my Highlighted Stories. See you there!!! Photo @brakethrough_media

Oakes isn’t necessarily a vegan or anything. She tells the Post that she does eat eggs and says she’ll “usually make them into a veggie omelette…You can’t get any fresher.”

The Post reports Oakes discovered Kippee at the Wild Bird Fund. She says her reaction was “‘Oh my God this is the cutest thing I’ve ever seen in my entire life.’”

Forget a “bee 🐝 in your bonnet”; how about a hen 🐔on your head? * * When my friend, stylist @altorisonyc shared that she had this idea 💡 to turn my hair into a nest for Kippee to sit upon, I admit, I was intrigued. She always pulls the best references from classical paintings and film scenes, and we got together and executed this! * * This was just one of the shots done, which just ran in @modfarm with a little story of Kippee, how she came to @wildbirdfund as an orphan chick, and how we’re raising funds for a brand new coop in the area as part of the @lossures community. When life gives you 🍋 lemons, you make lemonade… (Link in Stories) * * Style & Production: Cynthia Altoriso; Photographer: @davidwhitestudionyc ; Clothing: @maggienorriscouture; Jewelry: @estynhulbert; Makeup: @makeupbyjerrylopez; Hair: Yasutake @yassszzz; Backdrops: @brodersonbackdrops #thechickenworld

Turns out Oakes rescued Kippee from a sad fate; as a chick she was reportedly abandoned after Easter. Now she is about as pampered as any fashion model, drinking expensive bottled water and doing fashion shoots along with Oakes.

Summer Rayne tells the Post she has only left Kippee alone for a couple of hours. She carries the hen all over Brooklyn, getting plenty of amused—and bemused—attention from usually jaded New Yorkers.

Okay, okay, so she’s not the most elegant bird—more of a “flapper” than a “flier”, but heck, I’m clumsy too and I love Kippee unconditionally. Also turns out we just hit our goal for the @lossures chicken coop + garden last night, and we still have 6 days to spare! Meaning you can still donate or volunteer! We’ll be building out the coop on May 12 and 19 here in Williamsburg with the local community. Rewarding in so many ways! ( Link in bio ) ☝🏽🌿💚🐔 📸 Jennifer Trahan #thechickenworld

Oakes says that if she leaves her chicken, Kippee “screams and gets really depressed,”

It’s hard to ignore the feeling that rather than being silly, Oakes’s relationship with Kippee is endearing.

As a model, Oakes is no joke, with or without her pet Rhode Island Red. Check out a few photos below.