Grateful Dead Icon Bob Weir’s Daughter Is An American Beauty, And We’ve Got the Pics to Prove It 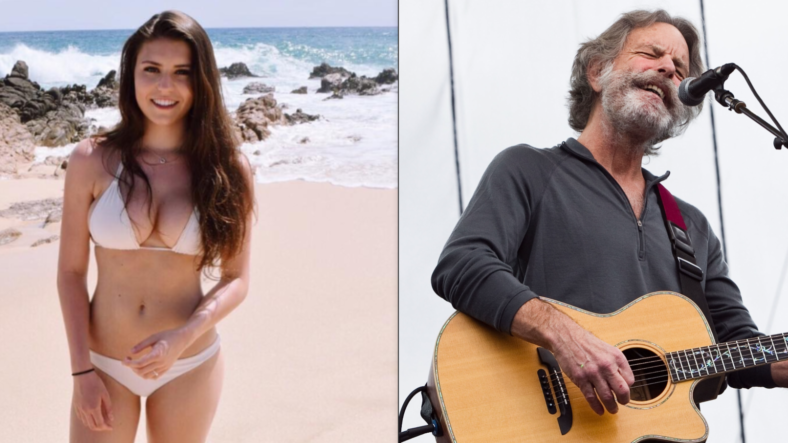 The Grateful Dead’s Bob Weir is not only co-founder of the greatest jam band the world has ever known, but he also happens to have spawned an absolutely gorgeous daughter named Monet.

As a student studying at Chapman University in Orange County, California, Monet and her legendary rocker dad have even been spotted chilling at campus events.

At a recent function for Monet’s sorority, for instance, Bob brought along a fellow rock star to liven things up—you might recognize him as the one and only John Mayer, who filled in for the late, great Jerry Garcia during the recent Dead & Company tour.

Turns out that musical talent runs in the Weir family. Check out this video of Monet belting out Adele’s “Rolling in the Deep” with Bob backing her up on an acoustic guitar.

DAMN. Not only is Monet as pretty as the paintings made by the artist she was named after, but she’s got some seriously impressive pipes. Could we see Monet hitting the pop charts sometime in the near future? I sure as hell wouldn’t be surprised.

Finally came out of my dorm room for a weekend 🌟.

In the meantime, check out some of Monet Weir’s most beautiful Instagram photos:

One of my favorite places on earth, Cabo. ☀️🙏 #tbt #springbreak

Missing these babes 💕. Tbt to a fabulous O-Week.

But in n out was the highlight of the night 🍔 @gretagretaaaa

And if you’re a Grateful Dead fan, don’t miss this fascinating Netflix documentary all about Bob Weir, The Other One. You can watch the trailer here: