20 ‘Sexy’ Costumes You’ll See A Lot of This Halloween 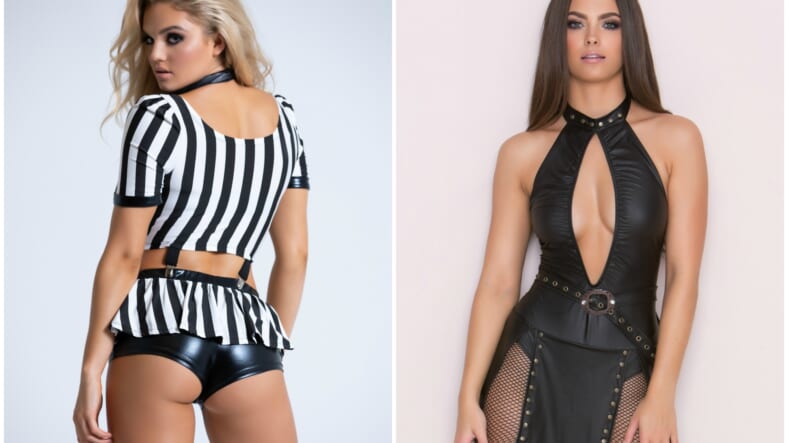 As we make our way through October, we get closer and closer to Halloween, a.k.a. the one night on the Gregorian calendar where people are free — nay, encouraged — to wear sexed up costumes of inanimate objects, government officials, religious figures, etc. and feel amazing doing it.

Additionally, let’s also take a look at some of the more, uh, controversial and just downright WTF-worthy “sexy” costumes out there, because why wouldn’t we?

As Rihanna once said in a song: Shine bright like a…
Pope?

Yeah, that sounds right. If you’re interested in this sexy Pope costume for whatever reason, you can find it right here.

I'M SORRY, WHO DECIDED "SEXY HANDMAID'S TALE" WAS GOING TO BE A HALLOWEEN COSTUME? pic.twitter.com/IXlHoh4K1P

After receiving huge backlash for obvious reasons, the costume was pulled from the site.

A sexy Pocahontas….Pocahottie? Also very controversial. I’m honestly concerned there might be a “Sexy Squanto” costume too, but I’m not even going to look that up.

I will never not laugh at the name Despicable Human. But Minions are annoying as hell, so it’s actually fitting.

This just looks like someone ran over Tweety with a steamroller. Poor little guy.

And lastly, behold the latest Halloween trend we can totally get behind: Behold, Glitter Pumpkin Butts.