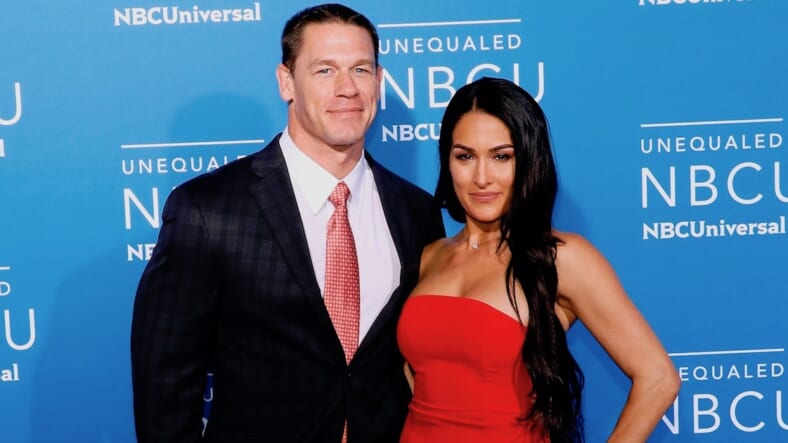 The Total Bellas season finale on the E! channel saw Nikki Bella calling off her wedding to John Cena…for the second time within a year.

Bella previously called off their planned wedding in April, prompting Cena to plead for her to come back on The Today Show. Then, it was announced in June that they had reconciled, and Cena even planned to reverse his vasectomy to give her a child.

Looks like he will not have to go through that painful procedure, after all. On Sunday night’s season finale, Nikki revealed she was not ready to walk down the aisle, citing a case of depression.

“I feel like I’ve ruined everyone’s fairy tale. My heart hurts so bad,” she revealed.

“Even though I was going through depression, I think when you have a relationship in the public eye, it’s like you don’t want to let your fans down. And everyone’s fairy tale was John and I getting married, Superman and Wonder Woman,” she said in another scene.

“So you just force yourself to believe it, too, even if you start to feel something different,” Nikki added. “I feel like I’m starting the journey of finding me again … and when I heal myself and find whats wrong with me, he will be there. And if not, it wasn’t meant to be.”

Their wedding had been scheduled to take place within a month.

Stay tuned to see if these crazy kids try to reconcile yet again. or better yet let’s all move on with our lives and forget they ever hooked up in the first place.

Check out newly-single Nikki’s hottest looks in the slideshow above.