“I got to stand up for all the girls and women out there because enough is enough.” 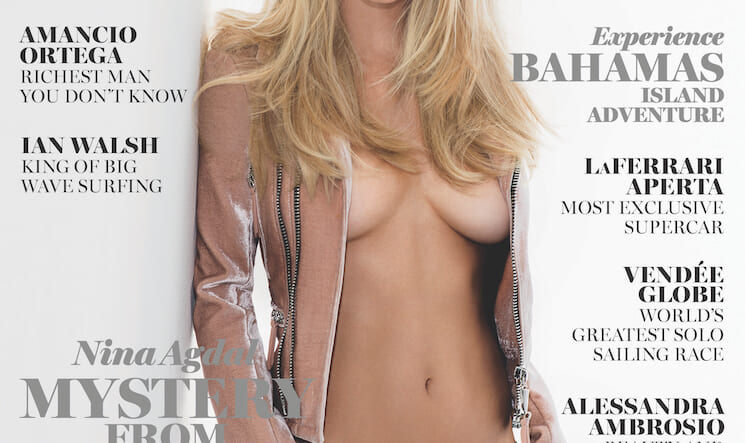 Nina Agdal had planned to stage her return to modeling after a brief hiatus on the cover of Venice magazine, a little-known publication out of Florida.

Instead, the magazine alerted Nina’s agent it would not print the cover as planned, claiming that her look “did not fit” its market and that she was too large to fit into sample sizes. The email added, “We would love to revisit the possibility of a printed cover when she is back in top shape.”

In case you couldn’t decode the flowery doublespeak, the magazine said she was too fat to be on its cover.

The Danish supermodel ignited a media firestorm after she shared an image from the photo shoot on Instagram, describing in detail what happened in a caption.

“Now more than ever, I embrace my curves and work diligently in the gym to stay strong and most of all, sane,” Agdal wrote.

“So, shame on you and thank you to the publisher for reaffirming how important it is to live your truth and say it out loud, no matter who you are or what size.”

The post drew support across the Internet, which led Agdal to appear on Megyn Kelly TODAY.

Venice denied the claims in a statement and even extended an apology, but Nina was defiant, even bringing along physical proof of their nasty emails.

“It’s incredible now how they’re trying to apologize,” she said. “Thank you for the apology, but I’m not gonna take it because you still said what you said, and it’s not okay.”

Agdal added that the problem extended beyond Venice magazine and lied in an industry that champions images of size-zero models.

“I can’t take this anymore. I got to stand up for all the girls and women out there because enough is enough. I can’t be a part of this big lie.”

For the record, we were honored to have Nina Agdal on our March 2017 cover.