Will Paris Hilton Be the Next Target of ISIS?

The reality star turned DJ is “watching her back.” 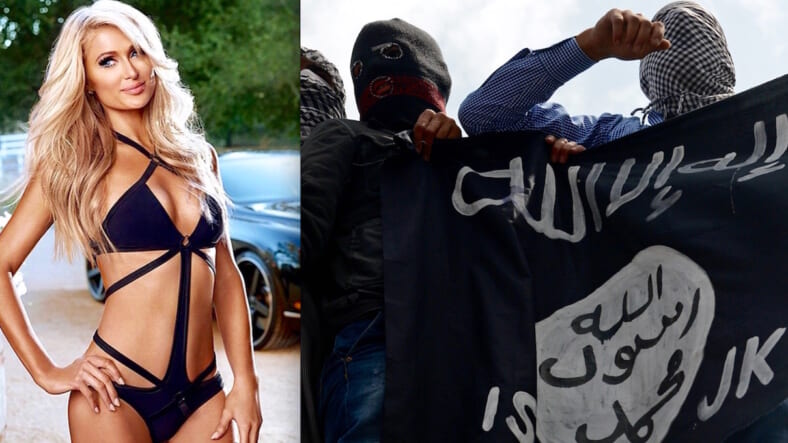 Paris Hilton has had her fair share of troubles, ranging from leaked sex tapes to feuding with former pal Kim Kardashian. But never did we suspect that being on an ISIS hit list would be one of them.

Speaking with Diario de Ibiza during a DJ gig on the Spanish party island, the 35-year-old hotel heiress expressed fears about ISIS and those recent attacks in Europe:

It’s horrible what is happening, the recent bombing in Nice and Germany are terrible, something disgusting and scary. They are things that go through my head as I travel a lot and when I think about it frightens me. I’m moving and traveling from one country to another, I’m a famous person who can be clear target of an attack and is something that sometimes terrifies me. … I always try to watch my back.

Donald Trump I know since I was a child, he is a good friend of my father. I think [he] is an extraordinary businessman. The media loves to speak ill of famous people and judge. Donald is a very famous person who is in the eye of the hurricane. I do not know who will win, I just hope it is the best person, whoever it is.

Despite her fears and political uncertainties, DJ Paris has been putting on a brave face for Ibiza ravers.