The sexy Spaniard was only 18, but she has no regrets. 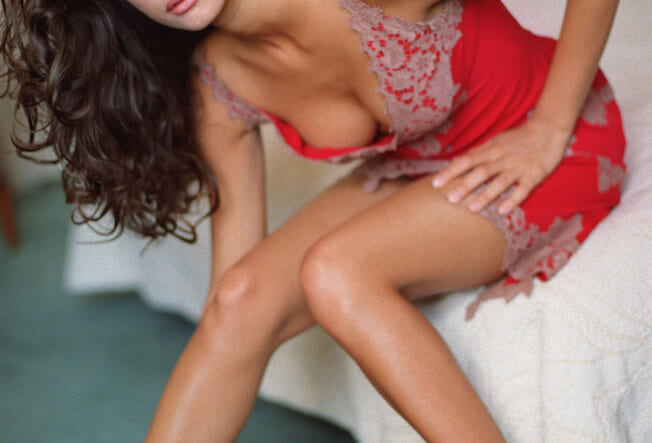 One of the most talented actresses in the world, Penelope Cruz has also had to navigate the tricky waters of on-screen nudity.

The Spanish beauty told Esquire UK she was so terrified of stripping down for her big-screen debut, in 1992’s Jamón Jamón alongside Javier Bardem, she feared she may never work again.

“I was not looking forward to those scenes but I did it. Everyone was really respectful, aware of the fact that I was 18,” Cruz said.

“I remember the last day of filming, I was crying, saying, ‘What if I never shoot a movie again?’ The feeling was devastating. ‘Who knows when I will see these people again?’ Including Javier.”

Thankfully, Jamón Jamón was a hit.

“I had a feeling the movie was going to be special,” Cruz said. “I knew the script was good. I knew there was something very unique there. Even if I had not seen many scripts before, it was so clear, it was so brave, so refreshing. And yes, it was very sexy.”

Moreover, the film was released the same year as Belle Époque, the Oscar-winning Spanish Civil War film that featured Cruz in a more dress-up role.

“I was very lucky that these two movies came out at the same time,” Cruz said. “It meant I wasn’t put in a specific box.

“And what I did is that I went away for a while from anything that had to do with nudity or sex scenes because I felt that I needed at that point to stay away from that. Not as a calculated plan. Personally, I needed that.”

Cruz later lifted her unofficial nudity embargo—in 1997’s Open Your Eyes, 2000’s Woman on Top and 2008’s Elegy, among others. None have tarnished her reputation as a serious actress.