Her NSFW pics atop a sacred mountain have caused an uproar… 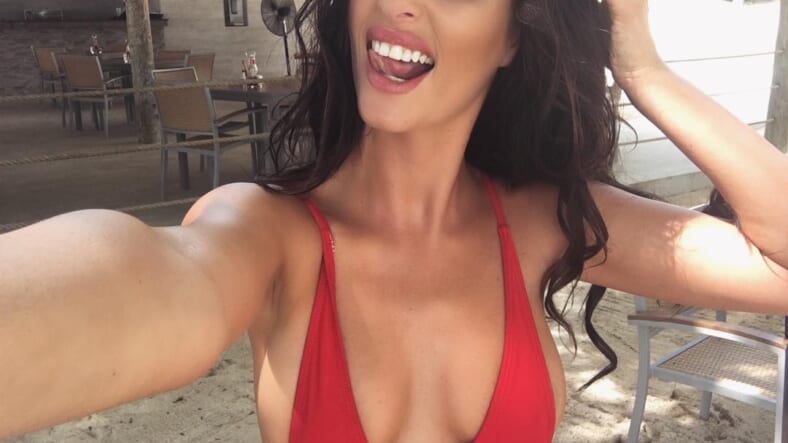 If you look at former Playboy Playmate Jaylene Cook’s Instagram, you’ll see that she’s no stranger to shedding her clothes and posing in some of the most exotic locations around the world but a recent picture of her baring all on the top New Zealand’s Mount Taranaki has sent the Kiwis into a tizzy and not in a good way.

WE DID IT!! This was BY FAR the hardest thing I have ever done! Both mentally and physically. 2 minutes out of the car park I was already hurting, sweating and ready to turn back 😂 But it's amazing what you can accomplish with the encouragement and support of your partner! I could not have done this without you babe @thejoshshaw! • 🏔 Mount Taranaki Summit 🔭 9000ft ❄️ -11'C/35km winds 🏃🏻‍♀️ 12.6km (1.6km elevation) ⏰ 2am – 6.30pm (12hr hike time) 💪🏼 20kg pack (Josh had 40kg 😱) • This climb has forever changed me. I proved just how far I could push myself and I am truely proud of my accomplishment. This mountain was steep, rugged, ever changing and just pure brutal! Safe to say, I will never do it again 😅

After explaining that she had researched the mountain and didn’t think the excursion or photo would anger the locals, The model and her boyfriend scaled the mountain–presumably while wearing clothes–before shedding them for a photo op at the summit.

The local Maoris disagreed, saying that Jaylene didn’t just disrespect their beliefs by posing nude but that simply climbing the mountain was enough to draw their ire.

This is Jaylene’s first time being accused of insensitivity due to her choice of backdrop for her risque pics. Her instagram account is full of photos of several globetrotting adventures but, presumably, she hasn’t ever angered other locals with them until this point.

We’re inclined to side with Jaylene on this one. After all, check out that view.