That’s one way to get psyched for a UFC fight… 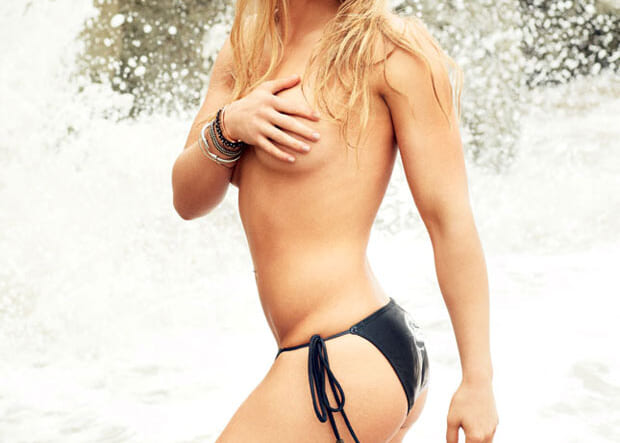 According to her former roommate, Olympic judo gold medalist Kayla Harrison, Ronda Rousey is not a big fan of keeping her clothes on at home. At least that’s what Harrison told Sports Illustrated  in a new video interview.

Asked if there was “anything that the world doesn’t know” about Rousey, Harrison laughed and after noting Ronda wouldn’t care if she divulged her habits, said, “Ronda loves to walk around the house in the nude.” Harrison illustrated by saying she’d often come home from whatever she was doing that day to find the former UFC champ “sitting at the counter, like, eating — butt naked.”

There you go then — one-time and maybe future champion MMA fighter and a champion of airing it all out, even for a casual meal at home. This does explain Ronda’s comfort with fun stuff like posing only in body paint for SI. It also completes the portrait of a woman who lives life out loud in the best possible way.