Fun fact: She was high on ecstasy during the shoot. 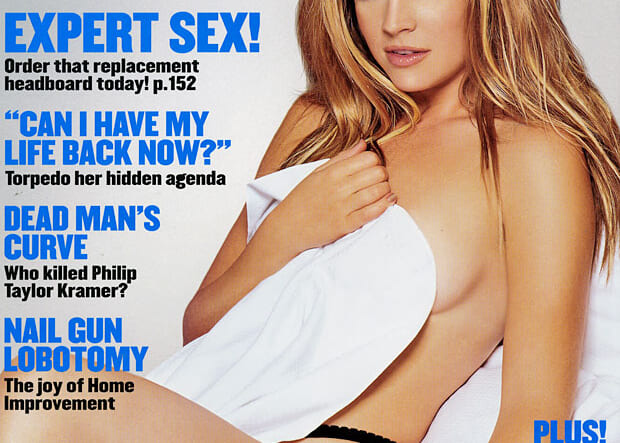 It’s hard to believe it’s been 20 years since Melissa Joan Hart took on the starring role in ABC’s Sabrina the Teenage Witch. Based on a character from an Archie comic book series, Sabrina is typical American teen who, on her sixteenth birthday, discovers she has magical powers. (As well as a talking cat.)

Several years into series, hoping to project a more adult image, perhaps, Hart shed her clothes for a truly historic Maxim photoshoot. Hart shocked her fans by appearing in our magazine wearing very little clothing. Or, as we so succinctly put it on the cover, “Your favorite witch without a stitch!”

And if the pictures weren’t intoxicating enough, a few years ago Hart revealed that she was actually high on ecstasy when she did the shoot! Word is she had come straight from a party at the Playboy Mansion where she popped some pills… and then hooked up with a girl on the limo ride over.