She’s one of the hottest stars on the Maxim Hot 100, and he’s a nitwit. 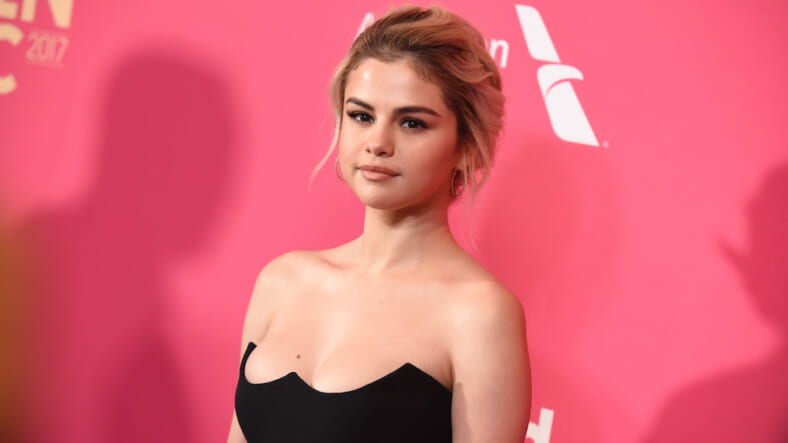 It was a completely uncalled-for attack. Gabbana commented on an Instagram post from The Catwalk Italia of Selena’s best looks, writing, “è proprio brutta.”

That translates to “she’s so ugly” in Italian. Oh hell NO!

Her 138 million followers (!) quickly raised their pitchforks to defend their fierce queen, the most-followed and definitely NOT ugly face on Instagram. She made the 2018 Maxim Hot 100, after all.

Miley Cyrus was among her celebrity defenders. “Well what that dick head said if it’s true is fucking false and total bullshit,” she wrote on the Instagram. “She fine as fuck.”

Gabbana has a history of making incendiary remarks out of the blue.

His most famous beef is with Selena allegiant Miley Cyrus.

In 2017, Miley shared an image of her model brother walking the D&G runway, writing in the caption that she was proud of her sibling but that she nonetheless disagreed with the brand’s politics. That was likely a reference to people boycotting D&G for openly dressing First Lady Melania Trump.

He then re-posted Miley’s Instagram and ranted, “We are Italian and we don’t care about politics and mostly neither about the American one!”

“We make dresses and if you think about doing politics with a post it’s simply ignorant. We don’t need your posts or comments so next time please ignore us!! #boycottdolcegabbana.”

Stefano Gabbana is also something of a villain in the LGBTQ community, despite the fact that he is attracted to men. (He doesn’t identify as “gay,” however.)

In an 2015 interview with Italy’s Panorama magazine, he expressed disapproval of same-sex parents and called children conceived through insemination “synthetic children.”

“The only family is the traditional one. No chemical offsprings and rented uterus,” he said.