Yes, there were a lot of them. 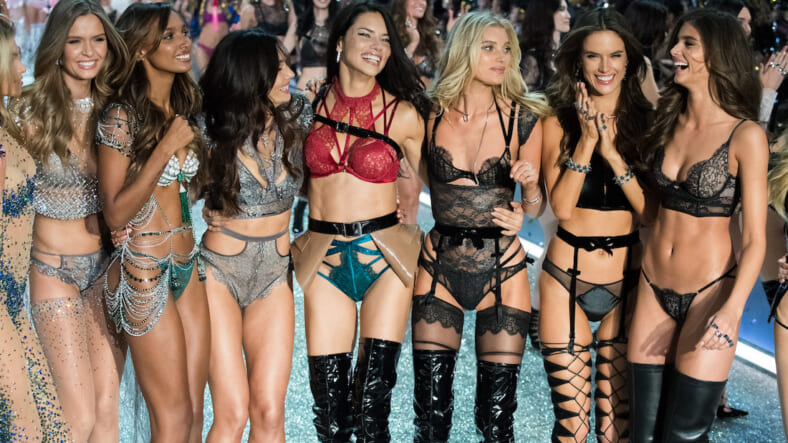 Although the hour-long supermodel spectacular will not air until Dec. 5 on CBS, images from the 2016 Victoria’s Secret Fashion Show are now anything but secret.

Photos have already surfaced of lingerie veterans like Alessandra Ambrosio and Adriana Lima spreading their wings alongside first timers like ’80s aerobics fan Bella Hadid, who had the unfortunate task of sashaying past her ex-boyfriend, The Weeknd, as he performed his hit “Starboy” onstage.

Any romantic tensions aside, the show was the usual confection of over-the-top lingerie looks, including Jasmine Tookes‘ $3 million diamond-encrusted “Fantasy Bra,” and insanely rock-hard bods.

Below, browse the 18 hottest looks from the show: