It’s time to indulge your inner Jabba the Hut. 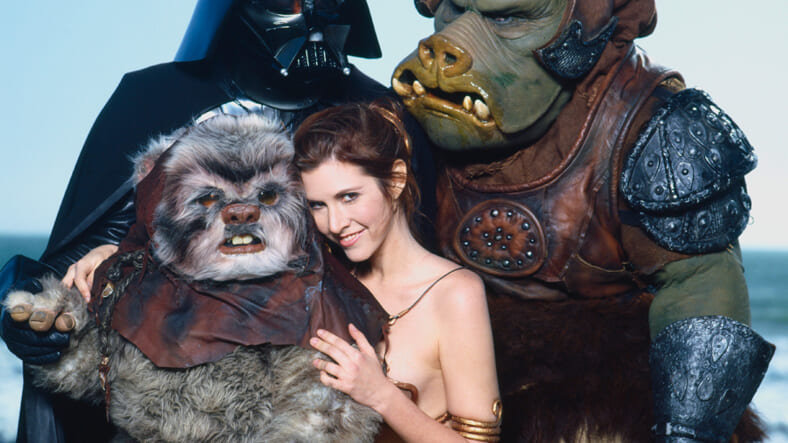 Carrie Fisher’s iconic metal bikini from Return of the Jedi is still the stuff that haunts nerd dreams. Let’s face it, Jabba the Hut wasn’t the only one who was perving out on Princess Leia in this get-up.

As Fisher trades barbs with a New York Post critic over her appearance in The Force Awakens, it’s worth looking back at a 27-year-old Fisher romping in the surf in this stunningly strange 1983 photo shoot for Rolling Stone.