A Visual History of Jennifer Lawrence

Check out America’s hottest young actress in her greatest photos through the years. 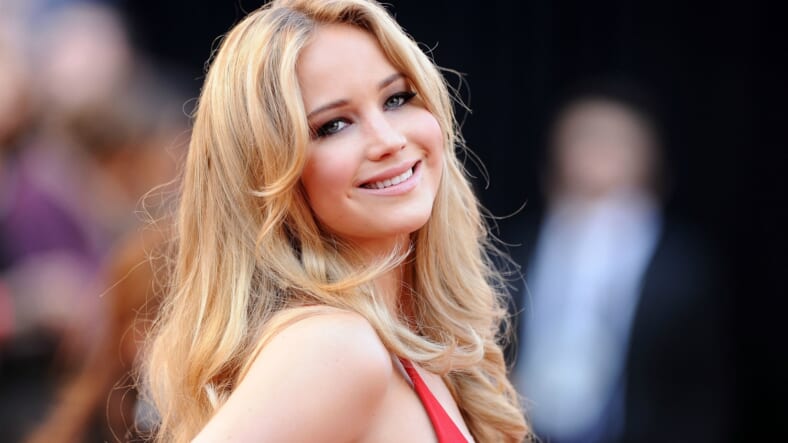 She’s beautiful. She’s funny. She’s talented. She’s refreshingly outspoken. Jennifer Lawrence is one of the hottest actresses in Hollywood, and it all makes perfect sense to us.

First capturing the attention and hearts of fans in her breakthrough role in the critically-acclaimed 2010 indie drama Winter’s Bone, she quickly rose to fame and landed the role of Mystique in X-Men: First Class, and became an even bigger name when she played Katniss Everdeen in The Hunger Games trilogy, which even got her — Katniss, actually — the 2015 Guinness World Record for the highest-grossing action heroine of all time. No big deal, right?

Now, thanks to her earlier successes and recent movies like Red Sparrow, Passengers, and Mother!, she’s one of the highest-paid actresses in the world at the young age of 27, as well as one of the most drop-dead gorgeous, which is why we should all take a moment right now to appreciate some of the most stunning and iconic pictures ever taken of the legendary J-Law in the slideshow above.