The dream list of performers spans the biggest stars of rock, rap, EDM, and country. 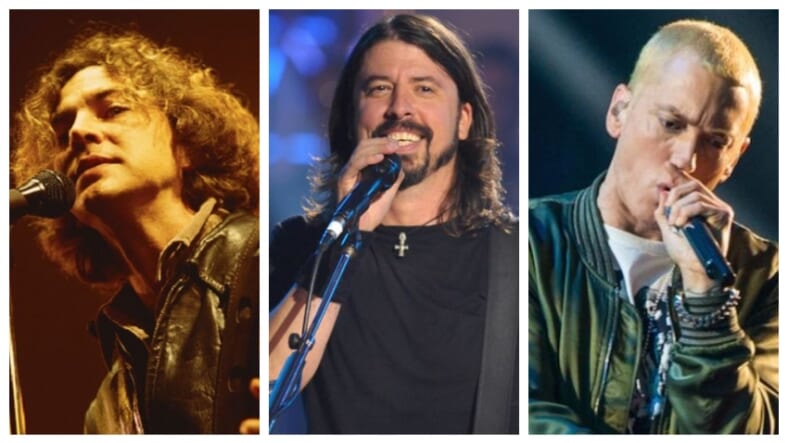 The original 1969 Woodstock Festival was a truly epic event, showcasing some of the best music of the decade as well as a lot of naked, mud-covered hippies having sex and dropping acid. The 25th anniversary concert in 1994 was kinda meh. And Woodstock 1999? A total shit show involving floods, fire, and emcee “Mini-me” Verne Troyer.

Even though the 30th anniversary festival was a nightmare, it looks like there may well be a 50th anniversary Woodstock in 2019, and some very big names will likely be involved, including Pearl Jam, Foo Fighters, and Eminem. The Festive Owl, a Twitter account devoted to rock festival news, broke the story this week.

Images included in the tweet indicated the festival would “celebrate Woodstock’s 50th” with “3 days of Peace, Love & Music.” Just like the first festival, of course.

So far the plans appear to include a main stage for an audience of 30,000, pavilion stage for 30,000, and other smaller venues for less famous acts.

The Poughkeepsie Journal reports the 2019 festival is the brainchild of Michael Lang, who reportedly promoted the original show. He told the paper that there are “definite plans,” and that he is “indeed” excited at what they’ve got in store.

Lang did emphasize to the paper that these are only plans. “This is not a done deal yet,” he reportedly said, “But it’s very close.”

Another image posted by Festive Owl had a huge list of possible acts. In addition to Pearl Jam, Eminem, and Foo Fighters, here are a few of the other “artists being approached” by festival planners:

That looks ambitious for a mega-concert that is still in the “maybe” stage, but the Woodstock name is pretty powerful. Entire rock legacies began or were established during the 1969 festival, which produced some seriously iconic rock and roll moments.

Planners have targeted Bethel Woods, NY—same location for the first festival—for the 2019 location. Today it’s home to the Bethel Woods Center for the Arts, which appears to have plenty of room to handle such a big undertaking.

It seems like Woodstock 50 is closer to a reality than not, and it might just be perfectly timed for a generation that sees the 1969 event as just another chapter in a history textbook.

If it happens, tell your elderly hippie uncle to saddle up in the VW Van for one more joy ride, buy a big bag of (legal, recreational) weed, and hit the road.