“You see 1,000 people excited about something, you’re going to make fun of it.” 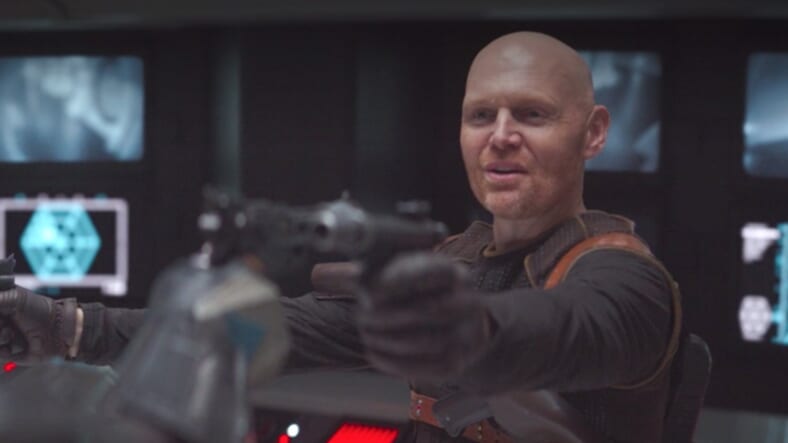 During episode of Your Mom’s House podcast, the standup comedian and F Is for Family creator told hosts Tom Segura and Christina Pazsitzky that his penchant for bashing the George Lucas-created fantasy lore got the Disney+ series’ creator, Jon Favreau, interested in casting Burr.

“I went to Mike Binder’s birthday party and Jon [Favreau] was there, and he said, ‘Hey, we’re writing this thing. We kind of have you in mind. Do you want to do it?’ And I said, ‘I don’t know, Jon. I have teased Star Wars people a lot.’”

Indeed, Burr has poked fun at Star Wars and its fans numerous times on his popular Monday Morning Podcast.

And during one of his many Conan appearances in 2015 near the release of Star Wars: The Force Awakens, he likened the experience of viewing the original Star Wars as an adult to reading “a cheesy self-help book put in outer space with Muppets,” as Men’s Health notes.

“‘[Favreau] goes, ‘I know. I listen to the podcast a lot,” Burr continued. “I think it would be funny if you got in it.’ My wife was kicking me under the table and I was like, ‘All right, I’ll do it.’”

For Burr, making fun of such a beloved and ubiquitous cultural institution is park of his job as a comedian.

“I was just hating on it as a comic,” he told Segura. “You see 1,000 people excited about something, you’re going to make fun of it.”