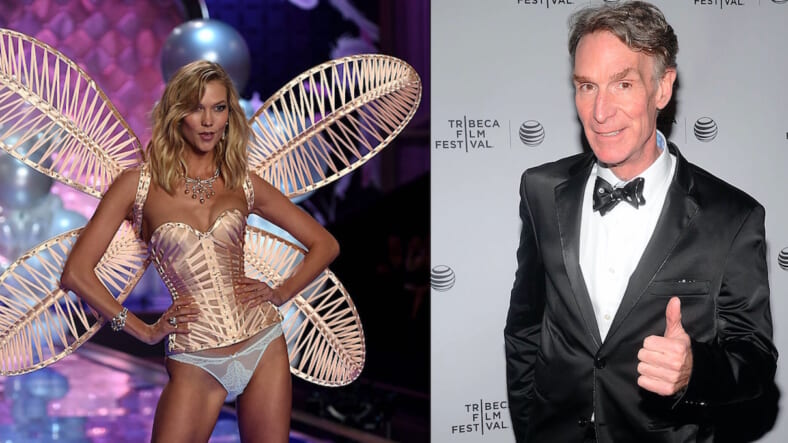 Catch me on @BillNye Saves the World. Coming to @Netflix this Spring with my fellow correspondents @thespacegal @johaus @nazeemhussain & @veritasium🤘🔬😝🛩✨

The series will adopt a talk-show format, and Bill Nye, a.k.a. “The Science Guy,” will explore science’s impact on culture, politics, religion… you name it.

Perhaps the 24-year-old beauty, joining fellow correspondents Joanna Hausmann, Nazeem Hussain, Emily Calandrelli and Derek Muller, will provide some fashion insight here and there, between her computer science and software engineering courses at NYU of course.

It's that time of year 🙊 Reppin' my #collegecolors

Or maybe she will take Netflixers on a tour of one of her Kode with Klossy camps, a two-week scholarship-based summer camp that teaches coding to girls ages 13 to 18.

You may remember the gorgeous geek and Bill Nye go back. In April, Kloss shared an Instagram video of them hanging at the White House Science Fair, but there’s a selfie than predates that.

Kloss has even professed her Science Guy adoration on social media.