Everything We Know About ‘Black Mirror’ Season 5

The new season of Netflix’s hit dystopian series is coming soon–here’s everything you need to know. 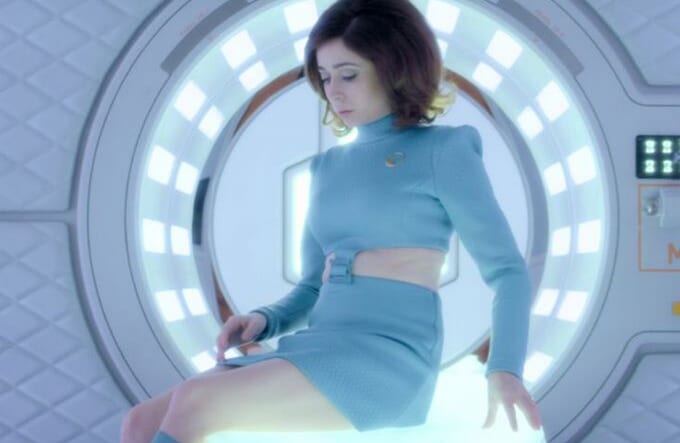 Listen up, folks: We have reason to believe everyone’s favorite dystopian sci-fi anthology is almost back, because we finally have some more information on Season 5 of Black Mirror.

First off, what we already know is that the season is going to include an interactive choose-your-own-adventure episode, which Bloomberg reports:

The foray into choose-your-own-adventure programming represents a big bet on a nascent form of entertainment known as interactive TV. As Netflix expands around the world, it’s looking for new ways to lure customers. By blending elements of video games with traditional television, the company could create a formula that can be applied to any number of series.

We also know that Miley Cyrus is (probably) going to have a role in one of the episodes, because she was spotted in South Africa in November, which is also the place where an episode of the series is supposedly filming.

Cyrus confirmed her role to Howard Stern in an interview, where she said “If you guess it, then I will shake my head ‘yes,'” and when he guessed Black Mirror, it was official.

And here’s the most recent development: Some Netflix users have found that searching “Bandersnatch” on the site brings up the title A Netflix Film: Black Mirror Bandersnatch, which is a dead giveaway on its own.

The “film” has a picture of a loading screen, and is believed to be the much-anticipated interactive episode.

With that said, we also have an idea of when Bandersnatch will drop, because in a since-deleted tweet from an official Netflix account NXonNetflix, it was announced that the series, or at least Bandersnatch is releasing on December 28th, right between Christmas and New Year’s, just like it did last year.

Check out a screenshot of the deleted tweet right here on Reddit, as users have uploaded the evidence.

Last year, Season 4 was released in late December, and Season 3 came out in October 2016, so an educated guess leads us to believe Season 5 will, actually, debut before the end of the year.

Anyway, Refinery29 gives some more info on what Bandersnatch might be about, and how it could very well be the interactive episode:

The “Bandersnatch” is a character in both Through the Looking Glass and the poem “The Hunting of the Snark,” both by Lewis Carroll. Both titles seem fitting for a Black Mirror episode. In both depictions of the creature, it has “frumious jaws.”

The fact that the creature is associated with Through the Looking Glass suggests that the episode in question (if it is in fact an episode) will be the “choose your own adventure” title. After all, Alice chose her adventure in Wonderland; come December 28, Black Mirror will force us to do the same.

Plus, according to Engadget, a Twitter user named Jeeves Williams says that Netflix was filming something set in 1984 in the UK, which is the very year ads were released for a ZX Spectrum game called Bandersnatch.

The buses from the leaked set photos have references to previous Black Mirror episodes in the destination displays.

In fact, ALL of the bus ads seem to reference escapism — ‘your ticket out of here’, ‘save your sole’ (soul), ‘a new clean slate’, etc. pic.twitter.com/gW5yT6G3X2

Turns out there was an ill-fated game named ‘Bandersnatch’ developed by a UK studio back in 1984, which is the year ‘Bandersnatch’ the Black Mirror episode takes place (we know this because a set photo shows Bob Marley’s ‘Legend’ at #1 on the charts in a record store). pic.twitter.com/rytyTl22sP

With only a few days to go until December 28th, it won’t be long now.