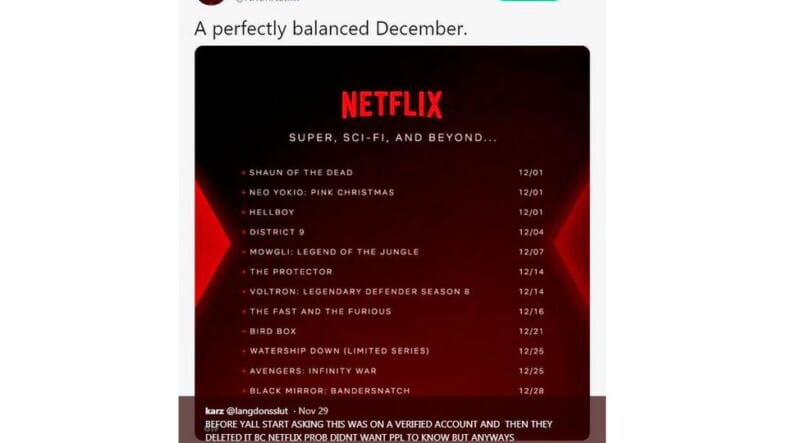 The new season of Black Mirror is coming this month…if a leaked Netflix schedule is to be believed.

The Mirror reports that episode 1 of Season 5 of the acclaimed dystopian anthology series will supposedly arrive on December 28, according to a tweet that briefly appeared in the feed of the sci-fi-oriented @NXOnNetflix account.

The now-deleted post also indicates that the premiere will be titled “Bandersnatch”—an apparent reference to a fictional creature famously described in Lewis Carroll’s Alice in Wonderland sequel, Through the Looking-Glass.

It was previously reported that an interactive “choose your own adventure” episode would be featured in the the forthcoming installment of Charlie Brooker’s hit sci-fi series.

We’ll find out if Black Mirror fans will get a late Christmas present soon enough.