As friends, fans and celebrities pay tribute to the late comedian and “Full House” star, enjoy Saget’s acknowledgement of his spicy doppelganger. 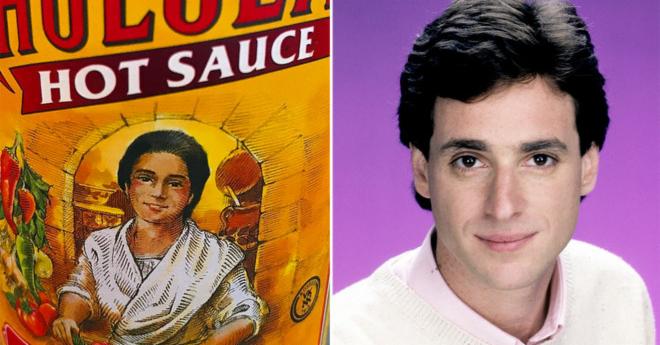 Bob Saget passed away unexpectedly at age 65 in Orlando on January 9, 2022. As friends, family and celebrities pay tribute to the beloved “Full House” star and comedian, enjoy a lighthearted story in which Saget acknowledged his uncanny resemblance to the Cholula hot sauce logo.

Is Bob Saget actually the model pictured on every bottle of Cholula hot sauce? Seriously, hear us out.

According to the hot sauce sleuths at People magazine, the Cholula Wikipedia page says “the portrait is of a woman named Camila Harrison and she is the matriarch of the Cholula company family.”

But curiously, there’s no further information on Camila to be found, and “representatives for the company could not immediately give PEOPLE a response about who’s on the bottle.” By the way, the hot sauce was only introduced to the U.S. market in 1989, two years after Full House first aired on TV.

The resemblance is so undeniably strong that Saget shared a photo of the bottle to Instagram with the caption “Seriously, I do not remember posing for this.”

Comments flooded in quickly as fans agreed on the uncanny likeness between Saget and his spicy doppelganger.

“Every time I’m in a restaurant, and they have Cholula, I ask someone to pass the Saget,” one fan wrote.

Others chimed in that they saw different ’80s sitcom actors, including Tony Danza and Saget’s Full House costar John Stamos.

And by the way, this whole Saget/Cholula thing has been going on for at least a few years before Saget pointed it out himself.

Saget is not this first one to peddle this conspiracy. In 2015, Reddit user Purple_elephant1353 posted a photo of the bottle with the caption, “When your Cholula sauce lady looks like Bob Saget…”.

The post did not go viral, receiving merely one comment, but history will remember Purple_elephant1353 as being ahead of his/her time.

So is it really him? Maybe, maybe not… all we know is that “Pass the Saget” should definitely be Cholula’s new slogan.