Rami Malek Joins ‘Bond 25’ Cast, and Everything Else We Know About Daniel Craig’s Final 007 Movie

“I promise you all I will be making sure Mr. Bond does not have an easy ride of it in this.” 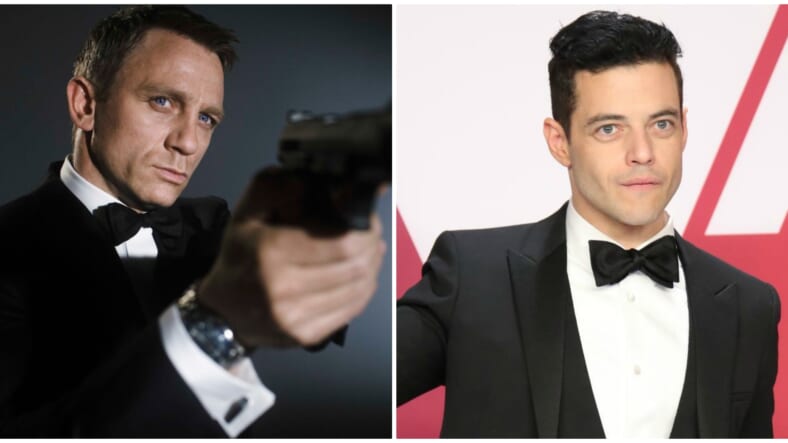 Producers of the much-anticipated 25th James Bond movie–starring Daniel Craig as 007 for the final time–have announced that Bohemian Rhapsody star Rami Malek has joined the cast as the film’s villain.

The Oscar winner was already in full Bond villain mode when he confirmed his latest gig via a video message on Twitter: “I promise you all I will be making sure Mr. Bond does not have an easy ride of it in this, his 25th outing.”

A word about #BOND25 from Rami Malek pic.twitter.com/CLJ5mpO9mu

Previously, it was rumored that the film had a working title of Shatterhand, but as of yet it still remains untitled and is tentatively called Bond 25.

We’ve been expecting you. 007 himself, Daniel Craig, is at the #BOND25 Live Reveal in Jamaica pic.twitter.com/F6KLGA9X5s

Ralph Fiennes is back as M in #BOND25 pic.twitter.com/wLypXMAQ9A

Filming is scheduled to begin on April 28 and parts will be filmed in the Caribbean island nation of Jamaica where author Ian Fleming wrote all of the Bond novels and other Bond movies were shot.

We're in Jamaica for the launch of #Bond25. Recognise the location in the live feed? It's the Laughing Waters beach from DR. NO. What's been your favourite Bond location? #BOND25 pic.twitter.com/Ra20r41wIi

“We’re thrilled to return to Jamaica with Bond 25, Daniel Craig’s fifth installment in the 007 series, where Ian Fleming created the iconic James Bond character and Dr No and Live And Let Die were filmed,” said producers Michael G. Wilson and Barbara Broccoli.

Other filming locations will include Norway, London, and Italy.

While still vague, the storyline is as follows:

Bond has left active service and is enjoying a tranquil life in Jamaica. His peace is short-lived when his old friend Felix Leiter from the CIA turns up asking for help.

The mission to rescue a kidnapped scientist turns out to be far more treacherous than expected, leading Bond onto the trail of a mysterious villain armed with dangerous new technology.

In an interview with Inquirer, Fukunaga explained that Bond 25 would carry on the story arc Craig’s Bond has been following since Casino Royale instead of being a standalone film.

“In his first Bond movie, Casino Royale, he brought an incredible amount of vulnerability and humanity to the character, which was a big shift from Pierce Brosnan’s run.

“In terms of what I can bring to change the character, Bond is on a character arc that started with ‘Casino Royale,’ and I will be carrying that on. There will be changes, I am sure. As in any story, a character has to change in order [to have] a narrative.”