Oops, she did it again. 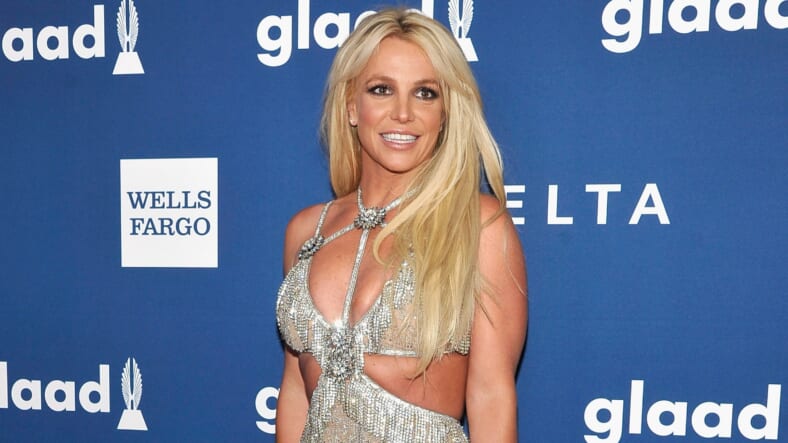 As Britney Spears‘ battle to dissolve an oppressive conservatorship rages on, the pop star and mother of two dropped a pair of racy topless Instagram posts.

Over a half million followers and counting liked the post as celebs sounded off with approval in the comments section.

As te details of “Slave 4 U” singer’s 13-year-long conservatorship emerged following a dramatic courtroom testimony, other famous friends including Justin Timberlake, Halsey, and Mariah Carey have called for the court appointment to end.

But Spears’ younger sister, Jamie Lynn Spears, hasn’t been as supportive. The Post notes that Britney called out Jamie Lynn in a vehement Instagram caption alongside an image that reads, “Take me as I am or kiss my ass, eat shit, and step on Legos.”

“I don’t like that my sister showed up at an awards show and performed MY SONGS to remixes,” Spears wrote, adding, “My so-called support system hurt me deeply !!!!”

The “Slave 4 U” singer also said she would not be performing “on any stages any time soon” while her father, Jamie Spears, was still in control of her estate.

Spears added, “I’d much rather share videos YES from my living room instead of onstage in Vegas.”