“We are fighting a war thirty years in the future.” 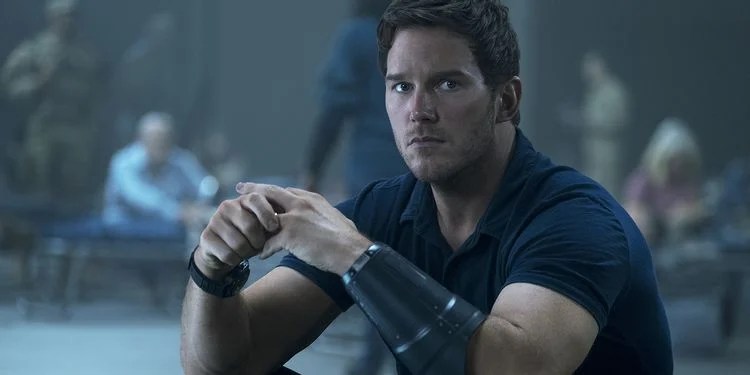 The first words we hear in the new teaser trailer for Amazon’s The Tomorrow War tell us what we’re in for: “We are fighting a war thirty years in the future.”

And that war apparently involves Chris Pratt, much more in Star Lord from Guardians of the Galaxy mode than Andy Dwyer from Parks and Rec.

A Paramount property that was sold to Amazon, The Tomorrow War is coming to the small screen this summer. The retail and entertainment giant released photos from the movie earlier this week and a teaser trailer Wednesday. If it looks intense from the imagery alone, take a look at the synopsis.

In The Tomorrow War, the world is stunned when a group of time travelers arrives from the year 2051 to deliver an urgent message: Thirty years in the future mankind is losing a global war against a deadly alien species. The only hope for survival is for soldiers and civilians from the present to be transported to the future and join the fight. Among those recruited is high-school teacher and family man Dan Forester (Chris Pratt). Determined to save the world for his young daughter, Dan teams up with a brilliant scientist (Yvonne Strahovski) and his estranged father (J.K. Simmons) in a desperate quest to rewrite the fate of the planet.

Traveling back in time would not be easy at all even if science found a way, so it’s a little surprising to think a civilization capable of doing that couldn’t fight aliens without the aid of people from the past, but hey, we just got seconds of a look at the movie, not the whole thing, which may explain this.

The battle for our world is coming. Get your first look at The Tomorrow War, coming July 2 to @PrimeVideo. pic.twitter.com/NcgVniNZEV