The actor isn’t afraid to double down on his super-villain image. 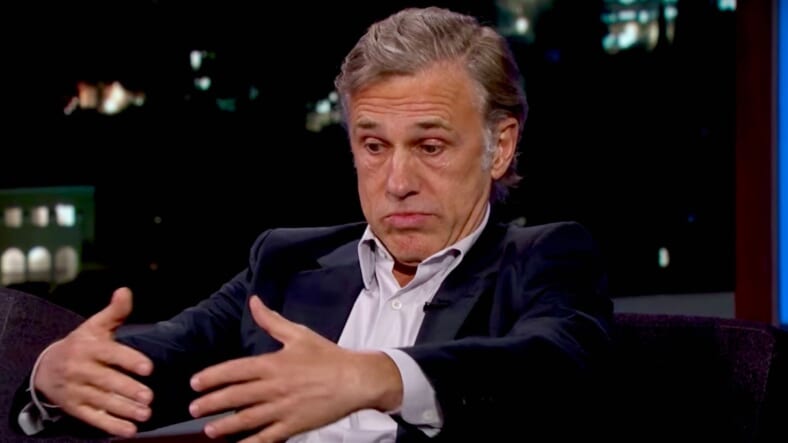 Blame his noble Austrian upbringing or his ability to act in three languages; Christoph Waltz was born to fill Hollywood’s ultimate stock character—the bad guy with a European accent.

In a snobbish moment the Oscar-winner—who plays a Belgian colonizer in The Legend of Tarzan—demeaned America’s greatest pastime on a recent Jimmy Kimmel Live. Waltz is not into the way U.S. moviegoers enjoy eating oversized, cheese-covered snacks at the theater.

“What is this disgusting sauce? Why do they have to eat crap that stinks?” Waltz said with disdain.

“The guy next to me comes with a bucket full of nachos with some non-definable [sic] stinky goo on top?” he continued, before claiming that Austrian portions are more “civilized.”

I feel like giving this guy a piece of my mind… after wiping the corn chip dust off my face, of course.