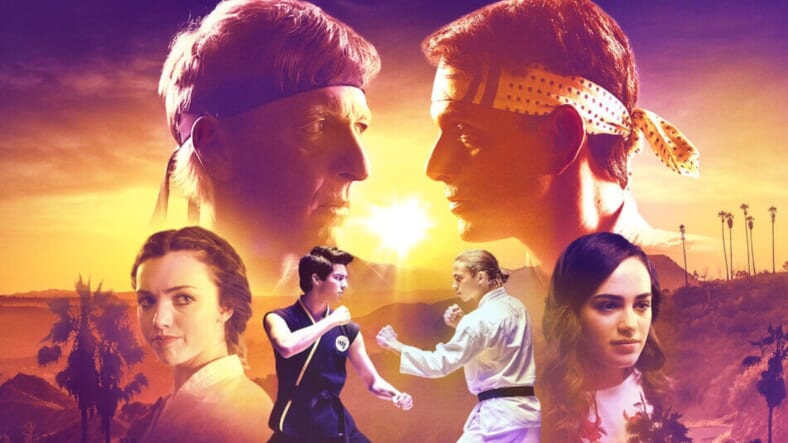 Netflix has renewed Cobra Kai, the absurdly fun and eminently watchable series continuation of the iconic The Karate Kid movie franchise, with season 3 set to premiere on January 8, 2021.

Watch the streaming giant’s video teaser announcing the official season 3 premiere date above, which shows top Cobra Kai student Miguel dramatically waking up in his hospital bed in the wake of the wild brawl between rival dojos that capped off season two’s finale.

Here’s Netflix’s official synopsis, in case you need to get up to speed on the nostalgia-drenched series that’s currently dominating the Nielsen streaming charts:

COBRA KAI takes place over 30 years after the events of the 1984 All Valley Karate Tournament with the continuation of the inescapable conflict between Daniel LaRusso (Ralph Macchio) and Johnny Lawrence (William Zabka).

Season Three finds everyone reeling in the aftermath of the violent high school brawl between their dojos, which has left Miguel in a precarious condition.

While Daniel searches for answers in his past and Johnny seeks redemption, Kreese further manipulates his vulnerable students with his own vision of dominance. The soul of the Valley is at stake, and the fate of every student and sensei hangs in the balance.