Why Colin Kaepernick Still Won’t Stand for the National Anthem

What do you think of the 49ers QB’s controversial stance? 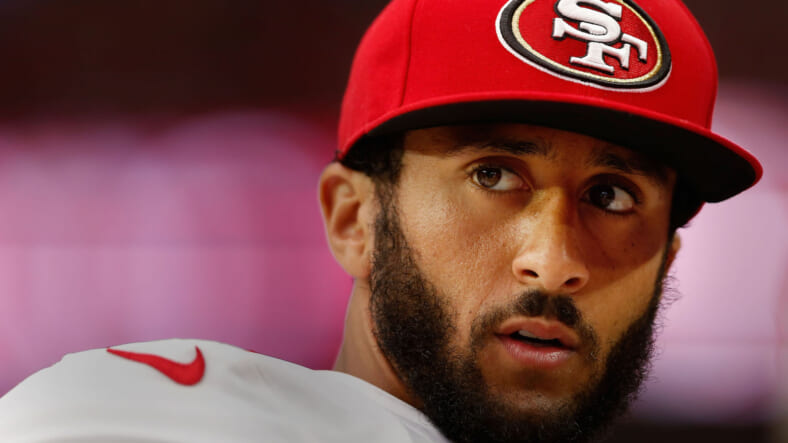 San Francisco 49ers quarterback Colin Kaepernick plans to continue his silent protest by sitting as the national anthem is played before NFL games this season.

The sixth-year pro created a firestorm when he refused to stand as the song was played before a preseason game last Friday. Then he threw gasoline on it when he explained why: “I am not going to stand up to show pride in a flag for a country that oppresses black people and people of color.”

Kaepernick spoke to the media at length on Sunday and dug his heels in.

Kaepernick explained that his protest is in response to police brutality and the lack of consequence officers when they “murder unjustly.” He also mentioned further plans for off-the-field activism on the issue.

Kaepernick comes into the season locked in a position battle with Blaine Gabbert, but his performance, and not his protest, has the team considering cutting bait altogether, according to Fox’s Jay Glazer.

“I’d be shocked if he’s on the 49ers by the time this season ends. It has nothing to do with political views whatsoever. He lost a ton of weight this offseason, had three surgeries, couldn’t work out, lost that double threat, that size-speed ratio,” Glazer said.

While Kaepernick said that his teammates haven’t responded negatively to his sitting during the anthem, which he explained in a closed door meeting, the New York Giants seemed to go out of their way to send a message on Sunday night.

Pretty deliberate sideline for the Giants during the anthem tonight. All players and staff standing. pic.twitter.com/5iqUJp4eqQ