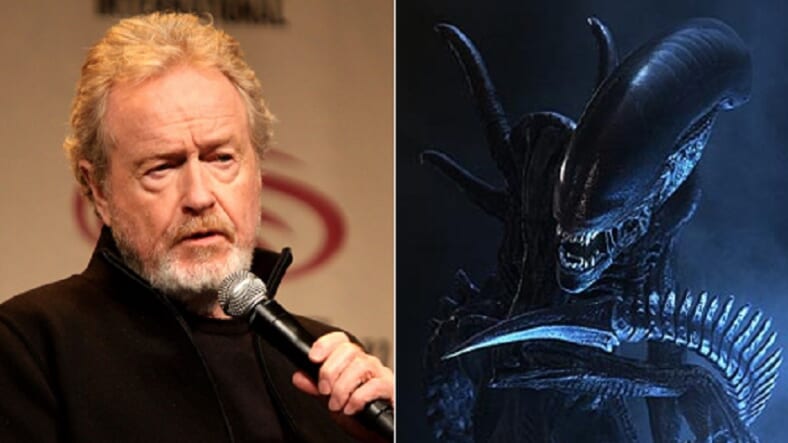 Sounds like Ridley Scott, director of the original Alien and forthcoming Alien: Covenant is not very optimistic about humanity’s fate. In fact, the Guardian reports Scott believes that aliens exist, the chances are good we’ll meet them, and it will go badly for us.

“I believe in superior beings. I think it is certainly likely.” Scott told the Guardian. He noted he’d spoken with a NASA expert regarding the possibility of alien life and the expert said, “Have you ever looked in the sky at night? You mean to tell me we are it?”

Scott obviously knows how to add interest to interviews regarding his new movie, but he sounds sincere on the subject of real extraterrestrial beings. Experts, he said, “say that there are between 100 and 200 entities that could be having a similar evolution to” humanity. “So,” Scott concludes, “when you see a big thing in the sky, run for it.”

That perspective is a far cry from the warm and fuzzy vision in a film like Steven Spielberg‘s E.T. Then again, Scott admitted the fun in his Alien films is scaring the hell out of people. And his films are hits, said Scott, “because people are perverse.”

The word on Covenant is that it’s a return to the grim and terrifying experience that made Alien such a blockbuster in 1979. Let’s just hope it doesn’t turn out to be prophetic.

Alien: Covenant premieres in theaters everywhere on May 19, 2017.