The Daily Heat Index: Kaley Cuoco Channels Her Inner Britney, Makes Us All Slaves 4 Her

Plus, big news for Stephen Amell and his ‘Arrow’ character, and Ewan McGregor reveals how he recorded his voice for ‘The Force Awakens.’ 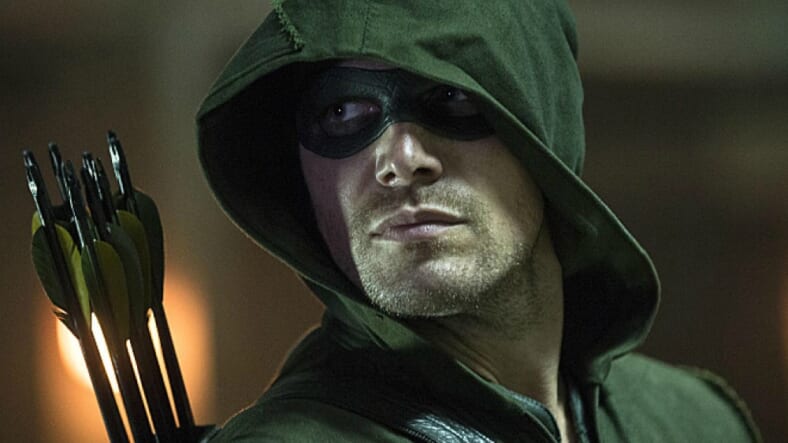 Someone Get the Girl a SnakeKaley Cuoco took to the Lip Sync Battle stage last night with the ultimate #tbt you could ever imagine. Sporting a blond wig, a yellow boa constrictor, and not much else, the Big Bang Theory actress slithered her way across the stage in a performance that mirrored Britney Spears almost exactly. Things could’ve been a lot better if she threw on that pink thong over her denim shorts, but it’s better that trend died back in the early 2000’s like it should have. Watch below and pray one day you’ll be at the mercy of Kaley Cuoco:

‘Green Arrow’ Heads to the FutureArrow has been going strong for four seasons, and with each new episode, Oliver Queen (Stephen Amell) has been adapting more towards his comic book counterpart before our eyes. With news that we’d see the DC hero making an appearance in the time-jumping new series, Legends of Tomorrow, fans were curious at what point in his life we’d actually witness. Well, to hold us over, actor Stephen Amell took to Facebook to put any rumors to rest, by saying:

“I’m going to be appearing on episode 106 of Legends with The Goatee, one arm, and we’re gonna meet Connor Hawke. The lesson is always ‘Never say never.'”

With constant denial that the goatee would ever show its face on Arrow, loyal ‘Green Arrow’ fans must be pleased to know that we’d at least see some form on Legends of Tomorrow. There’s still no word as to what state Oliver will be in when we meet him, but with the word of him missing a limb, fingers crossed that this applies to the DC lore of conflict involving the Man of Steel. Anyone have Tom Welling’s number?

The Force is Still Strong with Ewan McGregorSometimes one line is all it takes. During promotion for his new film, Jane Got a Gun, Ewan McGregor went into detail about the process for recording his small part in Star Wars: The Force Awakens. The actor, who portrayed Obi-Wan Kenobi in the prequels, explains that JJ Abrams expressed great interest to use his voice during a sequence involving main character Rey and ‘her first steps.’ By using a line from the recordings from original Obi-Wan, Alec Guinness, they were able to bring the two together for one epic piece of dialogue. Man, technology these days.