The Daily Heat Index: Megan Fox Has Another Kid on the Way

Plus, it’s Marvel Week on ‘Jimmy Kimmel Live!’ and Scarlett Johansson hints at why she ended things with Ryan Reynolds. 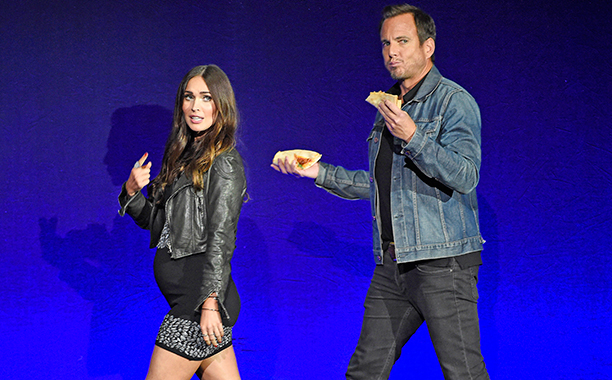 Pregnant FoxIt’s baby number three for Maxim favorite Megan Fox as sources confirm to People that the actress is pregnant once again. We’ve had high hopes for any chance the Teenage Mutant Ninja Turtles starlet would recognize us after her split from Brian Austin Green, but it appears you just can’t deny true love (or horny impulses). Die-hard fans originally saw a glimpse of Fox’s bump through her dress at Las Vegas CinemaCon and have been gossiping ever since. Luckily, she still managed to spit out this tantalizing look before her pregnancy went down, and for that, we are so thankful.

Ant-Man Meets the TeamThe men of Captain America: Civil War brought (yet another) new clip with them to Marvel Week at Jimmy Kimmel Live! and this time around, we’re seeing things from Paul Rudd’s POV. After stumbling out of a van, Rudd’s character Scott Lang shakes Captain America’s hand for an awkwardly long time before turning to Scarlet Witch and acknowledging how great she is as well. Damn right, she’s great, Paul. You’re damn right.

Scar-Jo Tells AllIn Cosmopolitan‘s latest issue, smoking hot Scarlett Johansson reveals why dating someone in Hollywood isn’t always the best idea. Without naming names, the Captain America: Civil War star briefly touches base on her failed marriage with Ryan Reynolds, and it seems that the reason things fell apart was due to tough competitive natures. “There has to be a real understanding of how you share your time, especially when two people’s careers are going at the same rate,” Johansson told Cosmo. “Or even if one person is more successful than the other, that also proves challenging. There may be a competitive thing.” Let’s face it — would you want to go head-to-head against someone like the seductive Soviet spy above? We didn’t think so.