Chappelle’s surprise appearance was the highlight of the first full-capacity concert at MSG since the pandemic began in early 2020. 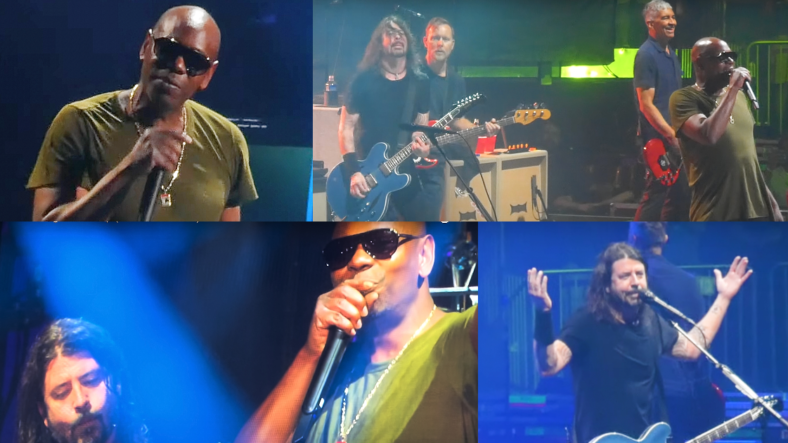 Dave Chappelle is neither a creep nor a weirdo (as far as we know) but like a lot of people who aren’t actually either of those things, he sure loves the 1992 Radiohead song, “Creep.” He’s magically appeared onstage to sing it as a guest artist with the likes of Ed Sheeran, John Mayer, and Lenny Kravitz.

Most significantly, Chappelle showed up at the Foo Fighters Madison Square Garden concert the night of Sunday, June 20, to sing the outsider’s anthem and mark the first full-capacity MSG event since the coronavirus pandemic shut everything down in early 2020.

Chappelle himself would probably admit that as a singer, he’s a great comedian. But there’s such a cool yet somehow still electric vibe running through this performance that by the end, as the comic salutes Dave Grohl and his band as well as the audience, it’s hard to not feel some kind of emotional response.

Even apart from Chappelle’s appearance, Grohl was clearly feeling something at his band’s return to the iconic venue, asking the crowd “Did you miss it?” regarding live musical performances.

The crowd roared, “Yeah!” and Grohl replied, “Me too.”

While Chappelle’s performance was a nice surprise, it was the Foo Fighters’ show in the end, and they played for nearly 3 hours, complete with three encores.

The Foo Fighters released their album, Medicine at Midnight, in February. Apparently that’s just not enough for them — the band announced last week that they’ll be putting out a disco LP titled Hail Satin. Not as themselves but as “The Dee Gees.”

Hail Satin will come out on July 17, 2021. Dates aren’t set in stone but the band will launch a new tour sometime after that.