He would have been 105 today, so why not raise a glass? 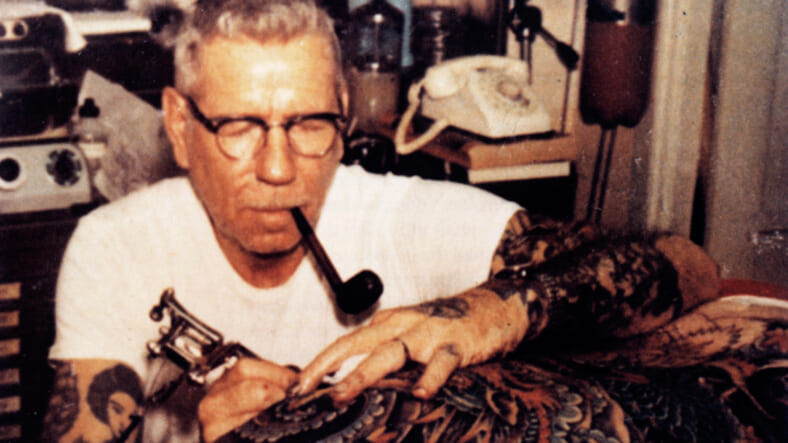 Norman “Sailor Jerry” Collins, the legendary tattoo artist whose wildly influential style made him an icon for the ink-stained masses, is perhaps best known today for his sprawling, Ed Hardy-style licensing brand that encompasses a spiced rum, clothing, and even a line of Converse sneakers.

But Collins—who was famed for tattooing wildcats, anchors, pin-up girls, and birds of prey on sailors who stumbled into his hallowed shop in Honolulu’s Chinatown— also enjoyed a tipple or two on occasion. And seeing as today would have marked his 105th birthday, Sailor Jerry Spiced Rum brand ambassador Daniel “Gravy” Thomas has helpfully shared a cocktail perfect for celebrating that brand-new snake tat.

Root of the Promise

For more on Sailor Jerry’s legacy, check out the feature-length documentary, Hori Smoku, that traces his influence on tattooing along with rare interviews with his proteges Don “Ed” Hardy and Mike Malone.