Science Says Drinking Wine Makes You Smarter, So Go Ahead and Uncork That Bottle

Hell to the yes. 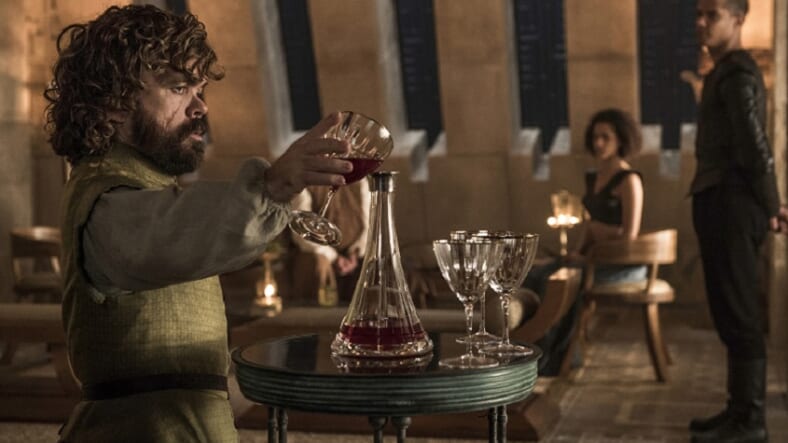 So-called “beer goggles” can supposedly make people do some pretty stupid things, like make severely bad dating choices. Similar alcohol content notwithstanding, apparently there’s a reason no one’s come up with “wine goggles.” A new book by a Yale neuroscience professor says that in fact, wine is pretty great food for the brain.

In Neuroenology: How the Brain Creates the Taste of Wine, Gordon M. Shepherd uses findings from a wide variety of fields to explain that not only is the taste of wine created in the brain, the very act of neurons firing up to make that experience uses more brain power than just about anything else we do.

According to Shepherd, from the moment a sip of wine is in your mouth, more than just tastebuds are at work—our ability to smell plays a role as well. Scent, taste, memory all combine to create the experience of wine. If nothing else it would seem his book gives the low-down on why we slug back beer but true wine-lovers have sometimes obnoxious tendency to sit and savor their wine.

Seems like the wine-guzzling schemer Tyrion Lannisters’ love of the red stuff on the HBO hit Game of Thrones could have a little deeper meaning than we realized.

That, and everyone loves to get a buzz on, sometimes. Even better if you’re adding an IQ point or two while doing so.