The feud between the former “Fast & Furious” co-stars is heating up. 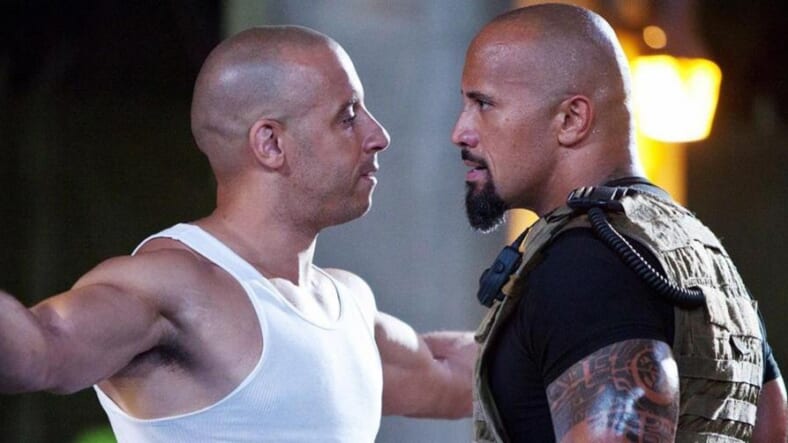 Dwayne “The Rock” Johnson is no fan of his former “Fast & Furious” co-star Vin Diesel. The world’s highest-paid actor responded to Diesel’s recent comments about their rocky relationship — in which VD spoke about having to give his co-stars “a lot of tough love” — with a fresh diss of his fellow action star.

“I laughed and I laughed hard,” Johnson said in a new interview with the Hollywood Reporter. “I think everyone had a laugh at that. And I’ll leave it at that. And that I’ve wished them well. I wish them well on Fast 9. And I wish them the best of luck on Fast 10 and Fast 11 and the rest of the Fast & Furious movies they do that will be without me.”

The musclebound movie icons have been feuding since finishing The Fate of the Furious in 2016. While filming, Johnson made damning comments about several unnamed male co-stars, famously calling them “candy asses.”

“Some conduct themselves as stand-up men and true professionals, while others don’t,” he wrote in an Instagram post.

“The ones that don’t are too chicken shit to do anything about it anyway. Candy asses. When you watch this movie next April and it seems like I’m not acting in some of these scenes and my blood is legit boiling — you’re right.”

It was heavily rumored that The Rock, 49, was taking aim at Diesel for constantly being late to set, criticizing his co-stars’ acting skills and being difficult to work with, according to the New York Post.

“I would do anything I’d have to do in order to get performances in anything I’m producing,” he said. “It was a tough character to embody, the Hobbs character. My approach at the time was a lot of tough love to assist in getting that performance where it needed to be.”

So there you have it! The Rock and Vin Diesel still don’t like each other, and The Rock is absolutely done with Fast & Furious movies. He didn’t return for the recent F9, and you can bet he won’t appear in the high-octane franchise’s upcoming sequels, with director Justin Lin to return for both.

In related news, check out Diesel’s diabolical Dodge Charger from F9, which can now be yours.