Depp’s libel lawsuit against a London paper revealed texts in which he threatened the Tesla CEO. 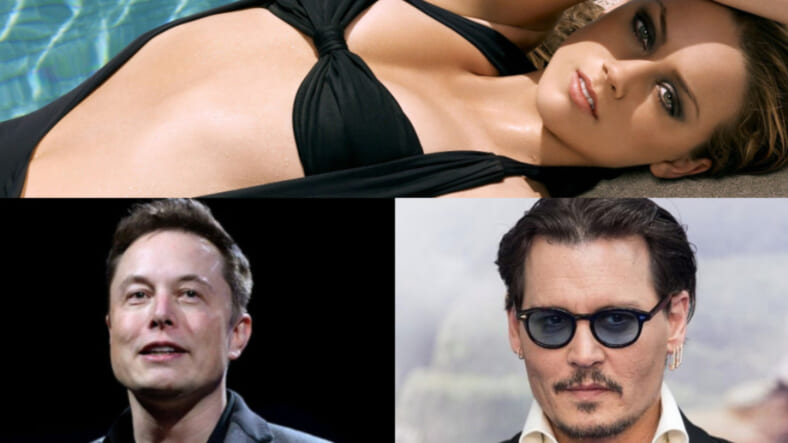 A lot of men would probably chance a cage fight against another guy over actor and former Maxim cover model Amber Heard, who has been declared the most mathematically perfectly beautiful woman in the world. Unless they take note of the ongoing London hearings for Johnny Depp’s lawsuit against a UK tabloid that called him a wife-beater.

Testimony has brought to light accusations that Heard was abusive and unfaithful in her marriage to Depp, including an alleged affair with Tesla mogul Elon Musk—an allegation Musk denied in a recent New York Times interview, in which he also managed to challenge Depp to a “cage fight.”

In the Times piece, Musk responded to Depp’s belief Heard had been unfaithful to the actor with the billionaire, saying he “definitely was not having an affair with Amber while she was married to Johnny, this is totally false.”

Musk did, however, seem to object to texts revealed during the lawsuit hearings in which Depp basically said he’d like to castrate his rival. “If Johnny wants a cage fight,” he said, “just let me know.”

With Elon Musk, who is nothing if not one of the most personally interesting billionaires since Howard Hughes, context is always required. He has a history of making jokes that land badly even as he makes other jokes about possible inventions—then invents them. The context here is that after making the “cage fight” statement, he reportedly dropped, in the Times writer’s words, “his famous giggle.”

And as far as allegations of affairs and abuse go, something else Musk said in his NYT profile is certainly true for the entire situation: “…I think people think these things are generally more salacious than they are.”

Chances are we will not see the 56-year-old actor face off against the 49-year-old tech billionaire in the Octagon any time soon.