The Best Games To Play on Sony’s Playstation 5

Watch a ton of new trailers for the hottest PS5 games right here. 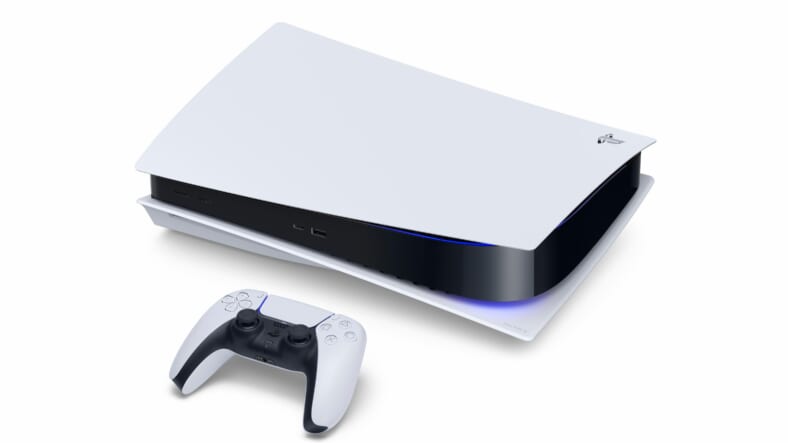 Sony has already announced what’s under the hood of the upcoming Playstation 5. Now, in a Future of Gaming livestream, the electronics giant detailed what the new console will look like, revealed new accessories, and dropped a ton of games that will be playable on the new console.

Sony made fans go gaga with the reveal of the PS5 controller and now they’re doing it again with the reveal of the console’s form factor itself. Coming in two flavors–one with an 4K UHD disc drive and one purely digital version–the sleek black and white hardware is accented in neon blue and features more curves than some Maxim cover models.

A slew of accessories: charging docks, media remotes and headphones, will undoubtedly be bundled in and available a la carte at launch, too.

Though no official price or launch date was announced–it’s still pegged to an unspecified “Holiday 2020” launch–what Sony did do was dazzle the PS faithful with a huge slate of all-new trailers for launch or near-launch games. Check out the best of the best of those trailers below:

Spider-Man on PS4 was an absolutely essential game for the console and the webslinger’s protege looks to be taking up the mantle on the PS5. This trailer is a teaser to the max but the switch to Miles as a main character opens up huge possibilities for the series that already have fans amped up.

Sony’s world class racing simulator is slated to return, leveraging the incredible 4K graphics and processing power of the PS5 for even more realistic looks and physics than before. Next-gen racing on a next-gen console is all but guaranteed as long as GT7 doesn’t fall pray to development delays that have plagued the series in the past.

Madcap gameplay and bigger than life weaponry are the hallmarks of this beloved Sony fan-favorite. R+C returning will be a console-mover for many of Playstation’s faithful and rightfully so, it looks stunningly insane, just the way Ratchet and Clank devotees like it.

Innovative platforming and a pedigree that’s definitely aged well come together in the next Oddworld game, a franchise that was last seen in 2014. The trailer promises huge set pieces and zany action, all looking sweet on PS5s pumped up hardware.

Exotic locals, a multitude of strategies and all the targets you can take out, Hitman 3 is a continuation of the rebooted series and appears to offer up even bigger open worlds for players to smoke unsuspecting marks. Be aware; watching this trailer will give some people guaranteed murder-boners.

A Playstation favorite and, inevitably, the game that will have gamers throwing their brand new PS5 controllers as hard as they can against a wall, Demon’s Souls is the next in the line of ultra-challenging adventure games where combat must be precise and patience is a priority. Sadists should be lining up for this one.

Announced as a PS5 exclusive, Bethesda’s latest game is a first-person shooter that challenges you to kill eight targets in 24 hours all while there’s an assassin on your ass. And there’s some kind of live, die, repeat element. And the dialogue sounds like Tarantino wrote it and Samuel L. Jackson voiced it. Yeah, this is gonna be a good one.

Horror fans rejoice, a new Resident Evil is incoming on PS5 and it looks like a twisted, haunting romp that will be keeping people across the world up at night. Big characters, snappy retorts and more zombies than can fill a haunted mansion are all here, and that’s just the teaser.

The original Horizon game is an absolute gem and a must-play for anyone with a PS4. Alloy’s return on PS5 may have been the biggest trailer of the day, showing off an even more diverse world and graphics that are stunningly good.