Everything You Need to Know About ‘Daredevil’ Season 3 on Netflix 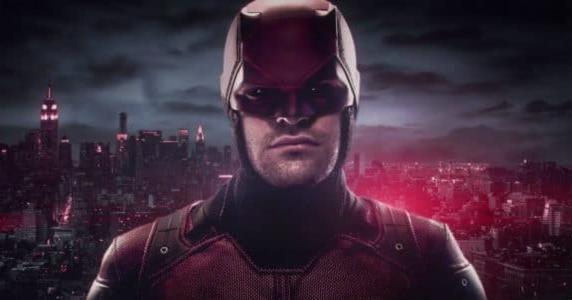 Lawyer for the little guy by day, vigilante purveyor of justice by night, The Devil of Hell’s Kitchen is coming back and we couldn’t be happier.

After some uncertainty, from both where we left him in terms of plot and with Netflix and Disney’s shaky relationship as they’re set to licenser/licensee to direct competitors, the news of a third Daredevil season is welcome indeed.

Here’s what you need to know so you’re ready for Matt Murdoch’s return on October 19th.

Where We Left Daredevil

When we last saw Daredevil in the post-credits scene of The Defenders’ first season, he had just regained consciousness while laying in bed at, what looked like a convent. Season one of The Defenders had ended with what looked like a very fatal explosion for both Daredevil and his girlfriend/ally/arch-nemesis Elektra. While Elektra’s fate remains uncertain – though we do expect her to return, the character is just too good – Murdoch’s return to consciousness was followed immediately by a call to “Get Maggie…”

The Maggie here is, presumably, DD’s long-lost mother and indicates that season three will follow the “Born Again” plot from the comics, a fan-favorite arc and one that again pits DD up against Wilson Fisk aka Kingpin. It’s also likely that this plot will introduce Bullseye, a long-time Daredevil nemesis from the comics who, up to this point, has been conspicuously absent from the show.

Staples like Charlie Cox who plays Murdoch, Vincent D’Onofrio’s Kingpin, DD’s friends Foggy (Elden Henson) and Karen (Deborah Ann Woll) are set to return. Murdoch’s mom, Maggie, will be played by Joanne Whalley. It’s rumored that another newcomer to the cast, Wilson Bethel, is likely to play Bullseye. Oh, and Rosario Dawson will probably show up Claire Temple, the nurse who’s constantly patching up Daredevil and seems to show up in everything that involves The Defenders.

Like Iron Man, Captain America and the other heroes of the MCU, who we know exist in the same universe as Daredevil, the rest of The Defenders, Luke Cage, Jessica Jones and Danny Rand aka Iron Fist are all still out there in NYC. Presumably, everything that has happened after the first season of The Defenders, may lead to yet another team-up of our small-screen MCU heroes and season three of Daredevil is likely to bridge the gap.

As usual, we’ll be keeping our eye on Daredevil first and foremost when season three hits just a few weeks from now. If you want to catch up fully, two seasons of each Daredevil, Jessica Jones, Luke Cage and Iron Fist, as well as the first season of The Defenders, are all streaming on Netflix right now.