“We live in a society where honor is a distant memory. Isn’t that right, Batman?” 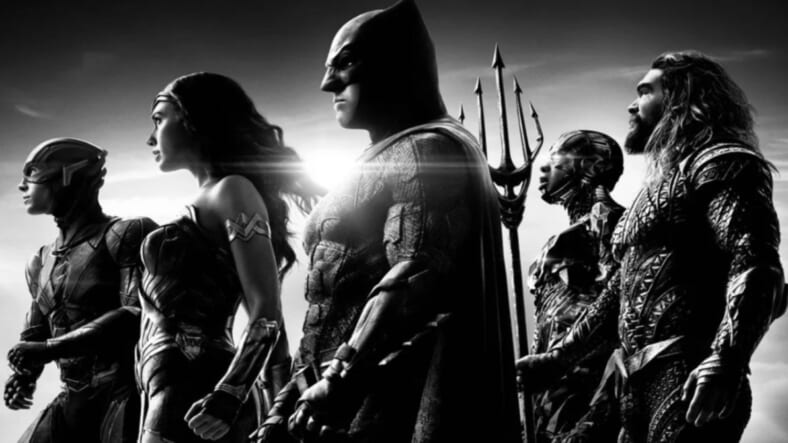 Zack Snyder hates the crappy version of Justice League that hit theaters in 2017. It was essentially a bomb and many critics hated it, too.

So Snyder managed to get the movie back in hand, adding cut scenes, characters that weren’t in it before—like Jared Leto’s Joker, who gets the best line in the trailer when he says at the end, “We live in a society where honor is a distant memory. Isn’t that right, Batman?”—re-shot scenes with major leads like Gal Gadot (Wonder Woman) and Ben Affleck as Batman, and created the epic that the new version’s first official trailer hints at above.

If the movie fulfills the promise of this spine-tingling preview, Snyder has worked a miracle.

Snyder expressed his feelings about the original print in an online panel discussion, saying he “would destroy the movie” rather than use footage shot by others like Joss Whedon, who took over the original production after Snyder left due to a family tragedy.

“I would set it on fire before I use a single frame that I did not photograph,” Snyder said, “I would literally blow that fucking thing up.”

What the director gets out of Zack Snyder’s Justice League may be more satisfying than blasting prints of the 2017 film to smithereens. His version has been so hotly anticipated—especially after it was revealed that Joss Whedon has indulged in a lot of problematic behavior both during his shoots for Justice League and when he was making Buffy the Vampire Slayer—that it seems likely to be a huge hit.

We’ll know for sure if the director really nailed re-shaping the troubled movie when Zack Snyder’s Justice League begins streaming on HBO Max on March 18, 2021.