Leave the gun. Take the vodka. 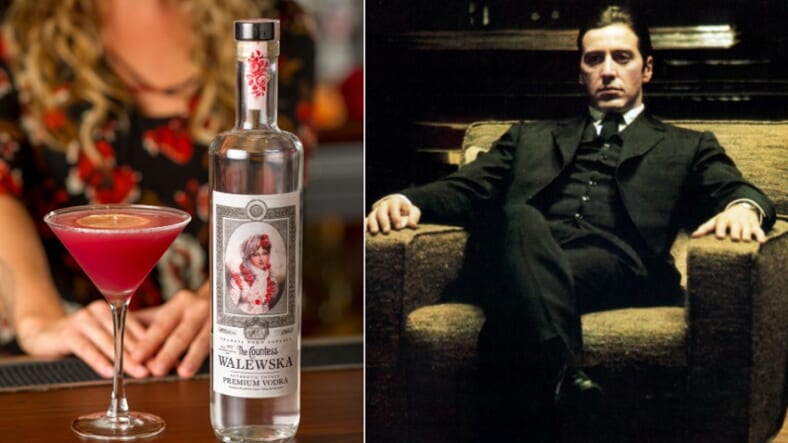 The Family Coppola/Still from The Godfather

Francis Ford Coppola has been making wine for years. Now the legendary director of The Godfather has branched out and up—in alcohol content—with a line of spirits.

Great Women Spirits will focus on brandy, vodka, and gin. The Family Coppola didn’t settle for simply slapping a name label on their new small-batch products, though. Each one is inspired by a notable woman from history.

Pret-a-Reporter quoted Coppola’s explanation for how each type of liquor was named:

Coppola found inspiration in his family — including in wife Eleanor, daughter Sofia and granddaughter Gia, who are all accomplished filmmakers — to name the line of spirits after powerful women. “My mother, sister, wife, daughter, and granddaughters have all inspired me, as have all of the incredible women we celebrate with Great Women Spirits,” Coppola said in a statement. “We all know well the great men of history, Alexander the Great, Julius Caesar, Napoleon and so on. I can think of as many women who distinguished themselves at that level in the fields of politics, science, mathematics and philosophy, so my choices and reasons for this collection are very personal.”

Great Women launches on Ada Lovelace day, October 10. The day is meant to celebrate the pioneering mathematician and women in general who have made notable achievements in science and technology. After the 10th, Great Women will slowly roll out in a select number of stores and restaurants.

It’s appropriate that Coppola‘s company made this announcement on #NationalVodkaDay. For some cocktail recipes you can use once their Countess Walewska vodka is available, check out “10 Essential Vodka Cocktails You Need to Try Right Now.”

Just don’t try them all at once.