‘Game of Thrones’ Creators Reveal Next HBO Show, And Not Everyone Is Happy About It

Their Civil War-inspired series has already been called “stupid as hell.” 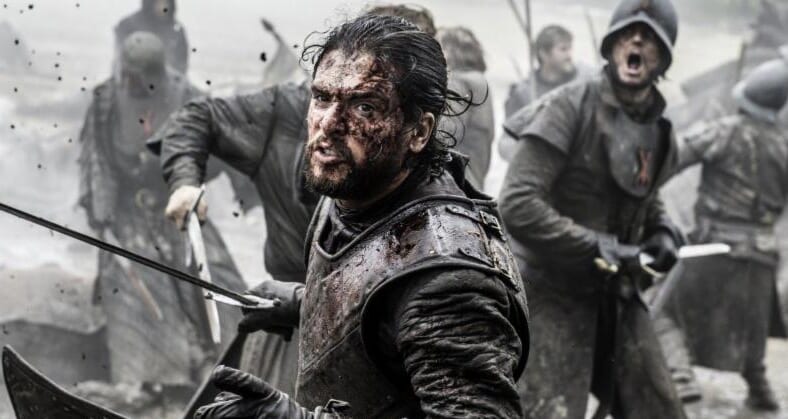 Though their Emmy-winning Game of Thrones concludes in 2019, showrunners David Benioff and Dan Weiss already have their next HBO series squared away.

HBO has ordered their seires—Confederate—and production is speculated to begin in 2019 as the final GoT season airs.

Entertainment Weekly provided the synopsis of the forthcoming show.

The show “chronicles the events leading to the Third American Civil War. The series takes place in an alternate timeline, where the southern states have successfully seceded from the Union, giving rise to a nation in which slavery remains legal and has evolved into a modern institution.

The story follows a broad swath of characters on both sides of the Mason-Dixon Demilitarized Zone – freedom fighters, slave hunters, politicians, abolitionists, journalists, the executives of a slave-holding conglomerate and the families of people in their thrall.”

“We have discussed Confederate for years, originally as a concept for a feature film,” Benioff and Weiss said in a joint statement. “But our experience on Thrones has convinced us that no one provides a bigger, better storytelling canvas than HBO.”

The premise is ripe for rich storytelling and universe-building. Still, the project is attracting early controversy, and naysayers claim white showrunners are not suited for such tricky subject matter. Hmmm….

A columnist at The Daily Beast even wrote that Confederate sounds “stupid as hell.”

“Even if we ignore the fact that this sounds a hell of a lot like the present — Klan membership and hate crimes in America are on the rise, the prison industrial complex is basically the government’s substitute for slavery, and Bo, Luke, and Daisy Duke are far from the only ones repping the Confederate flag — white people love to imagine a world where ‘the Confederacy won.'”

He then offered up Marvel’s forthcoming Black Panther as a better example of black storytelling.

“You know why Black Panther is receiving such an overwhelmingly positive response? Because it embraces the concept of Afrofuturism — imagining black people in futuristic or sci-fi worlds that heavily incorporate elements of black culture into the fantasy.”

The controversy comes just days after Star Wars actor John Boyega slammed Game of Thrones for its lack of diversity, wrongly stating: “There are no black people on Game of Thrones. You don’t see one black person in Lord of the Rings.”

Which of course is wrong, as Nathalie Emmanuel has played Khaleesi’s BFF Missandei for a while now. But anyways!

Maybe everyone should calm down and wait until 2020 to see if Benioff and Weiss can do their ambitious idea justice.