The supermodel really is larger than life. 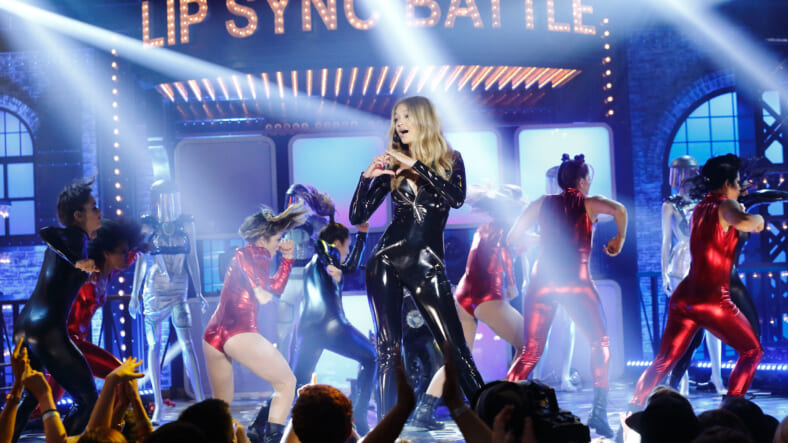 All-around babe Gigi Hadid showed us that modeling is only one of her many talents on last night’s Lip Sync Battle. Hadid went up against Teen Wolf‘s Tyler Posey, and slayed everyone’s favorite Backstreet Boys hit, “Larger Than Life.” Posey’s version of “Take On Me” was no competition.

Decked out in a tight catsuit — channeling Britney Spears circa the “Oops I Did It Again” music video — she began the boy-band favorite on a motorcycle.  Of course, Lip Sync Battle wouldn’t be the show that it is without its surprise performances. Before Hadid ended her rendition, Backstreet Boys members Nick Carter and AJ McClean made cameos. Unsurprisingly, the supermodel was the winner.Watch it all for yourself here: