It’s the biggest U.S. movie opening since the beginning of the pandemic. 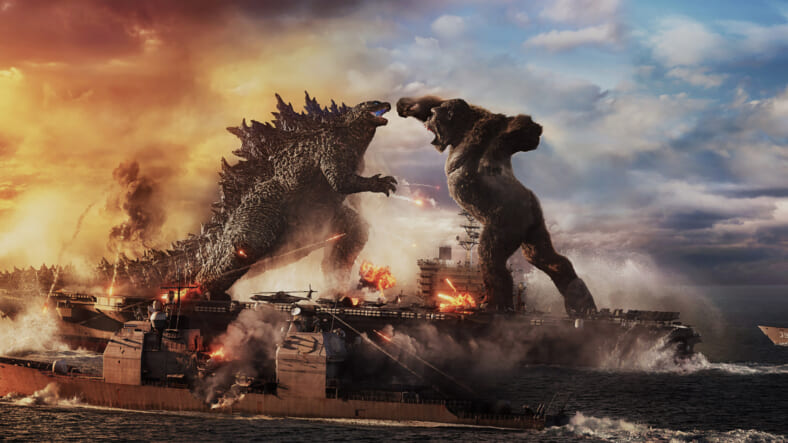 Could Warner Bros. epic monster movie clash, Godzilla vs. Kong, be the box office savior that Hollywood has been hoping for?

The over-the-top actioner raked $32 million over the weekend—not great by pre-pandemic standards but massive for the COVID-19 era— and $48.5 million in its first five days of release.

Variety reports that opening exceeded the industry’s expectations and easily marked the biggest debut since the start of the pandemic.

Prior to this weekend, Wonder Woman 1984 had the biggest three-day start with $16.7 million, followed by Tom and Jerry with $14 million.

“Godzilla vs. Kong” played in 3,064 North American cinemas, the widest theater count since the pandemic began.

The turnout among ticket buyers was especially impressive because the film is also available to HBO Max subscribers for no extra fee.

Without providing any specific statistics or metrics, the studio said “Godzilla vs. Kong” had a “larger viewing audience than any other film or show on HBO Max since launch.”

Godzilla vs. Kong had previously set a new international box office pandemic record for a movie opening. While U.S. theaters are slowly reopening after nearly a year of closures, major movie chains like Regal have not yet returned.

Check out the Godzilla vs. Kong trailer above.