Which scantily-clad costume is your favorite? 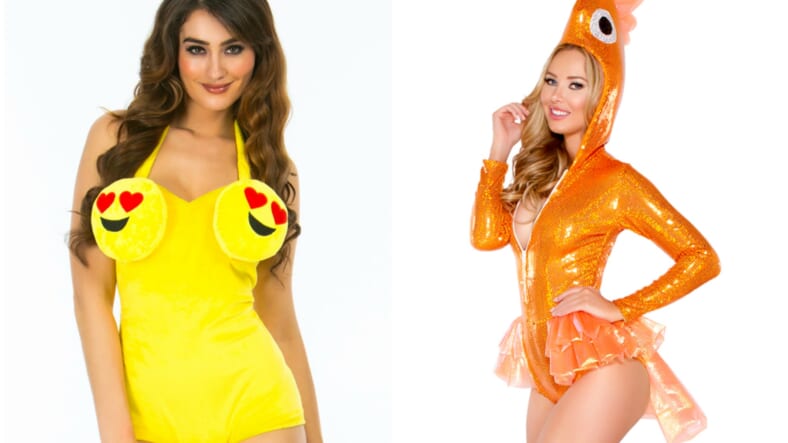 October is in full swing, which means Halloween is officially upon us. And you know what that means, don’t you? Shit tons of candy, pumpkin-spiced beer, and weird, sexed up costumes of innocent animals and inanimate objects! Goody!

Sometimes, those ‘sexy’ costumes are actually pretty fucking hot, like this one:

And this one, not surprisingly from the same movie:

Other times, however, those ‘sexy’ costumes end up being pretty fucking weird and make you wonder who the hell came up with it, and why. But in some sort of bizarre cosmic joke, they’re still hot. It doesn’t make any sense, does it?

Since it’s always a good time to see a bunch of weird things in the same place, I rounded up some of the sexiest, whackiest, most what-the-fuck-worthy costumes out there, so that you can really look forward to the spookiest day of the year.