A Night Out: Model Iskra Lawrence on the Best Clubs and Cocktails in Manchester

Plus what she looks for (and doesn’t like) in guys. 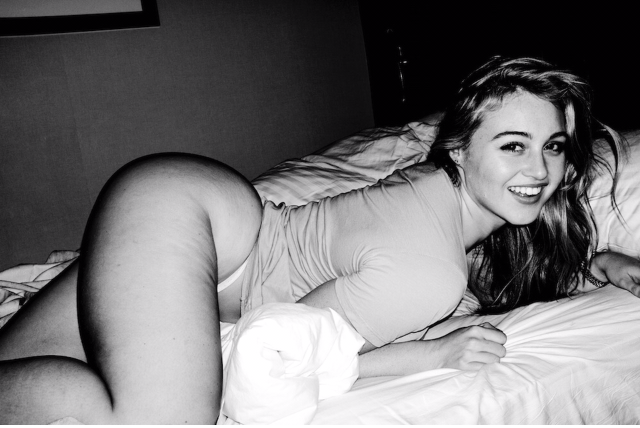 Our love for the 25-year-old Iskra Lawrence honestly knows no bounds. After discovering her on Instagram, to say we have a crush would be an understatement. And according to her, so do some of you.

“I got a bunch of new followers after that article!” she told us over a breakfast (yes, models eat). And when we asked about whether a few of you slid into her DMs? “Yeah, I got those messages too,” she said giving us a knowing look. “I read them all.”

It’s understandable that there’s a lot of them; in our books she’s the epitome of sexy even though she claims she really doesn’t know “how” to be sexy. “I’m not really good at doing ‘sexy’ stuff,” she laughs. “I think my sexiness comes from my confidence.  I remember back in the day I would go into a casting and they’d ask me to play soccer in a sexy way. I’d be in there tripping over the ball and laughing my head off.

“Then these other girls come in and take off their shorts and they are in sexy underwear. They’re bending down and slapping thighs and I’m like ‘Woah! I can’t do that because that’s hilarious and it’s just going to make me laugh.'” But forced or not, the blonde beauty is a definite bombshell in our books.

With that aside, we had to get a few things straight. It’s a modern era; beautiful girls like girls (even science says it). So we just asked straight out, “Wait, you do like guys right?”

“Oh yes,” she said, her eyes lighting up. “I really like guys.” There might have been a sigh of relief on our part. “Yeah, I really like confident guys because I’m confident. They have to be driven, they have to be hard working. Ideally they are doing what they love as well because one thing I can’t stand is complaining.” Her points were all valid so we pried a little more about some things she can’t stand in possible suitors.

“Well, the most offensive thing is when a guy has promised you things and he wastes your time,” she admitted. “That’s the worst thing he can do.” Note to self: don’t break a promise to this beauty for any reason.

With dating on the brain we decided to switch up gears for a bit of a lighter chat.  Hailing from Worcestershire, England we decided to ask Lawrence about her favorite spots to spend in Manchester. “A lot of my clients are based [in Manchester] so I’m often there every other month for a couple of weeks.” she said. “It’s also my favorite city in England — the people up there are so friendly and fun. It’s more relaxed than London and I prefer the nightlife; it’s less pretentious.”

Here’s Iskra Lawrence’s perfect guide to a night out in Manchester, England.

“I’m obsessed with Italian food and especially carbonara and pizza” the model said of San Carlo. It’s so special she celebrated her 25th birthday here with her mom.

If you’re looking for a slice of America while abroad, you’ve found it. “It’s actually a New York-themed bar that does yummy cocktails!” Lawrence said.

If you’re looking to dance, you’ve got to head to this bar that the bombshell says is always busy.

If you’re not danced out, this is the perfect place to party at until 4am on Friday and Saturday.  “I love that it plays hip-hop,” Lawrence said.  “You’ll find me trying to rap and pulling out some of my favorite moves.”

A photo posted by Afrah (@afrahkhalaf2) on

“One of my best friends took me here and my eyes nearly popped out of my head when I saw their homemade cakes,” The model say of this spot. “They also serve fresh juice, to make you feel a little bit healthier after eating your weight in icing and chocolate!”