Foxx, 52, has been trying to make his Iron Mike movie for more than a decade. 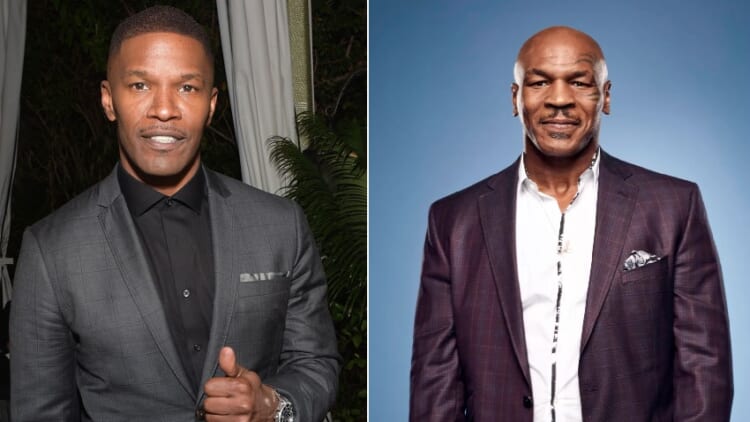 Jamie Foxx has wanted to portray boxing icon Mike Tyson on-screen in a biopic for more than a decade, and the multi-talented actor, while still in great shape at age 52, had better make it happen soon. In a recent interview, Foxx shared training tips and showed off his jacked physique for his dream role that could soon become a reality.

Foxx, who won an Oscar for playing singer Ray Charles in the classic 2004 biopic Ray, first tried to get his Tyson movie made back in 2009, but was plagued by delays. He and Tyson later met with Paramount in 2015 to kickstart the project, but were again rebuffed. Then, in an Instagram post last year, Foxx hinted that he and Tyson were “one step closer” to getting the movie made, Brobible reminds us, which gave new hope to fans intrigued by the long-awaited project.

On a recent episode of Catching Up With Mark Birnbaum, Foxx shared his workout tips as well as a look as his newly-ripped physique, reports TMZ Sports.

As for lower body? There’s a different plan for that.

For a glimpse of Foxx’s bulked-up bod, watch his full interview with Birnbaum here:

And even better is Foxx dramatically previewing the Tyson biopic’s opening scene in a Hot 97 interview from 2015. Watch it here: