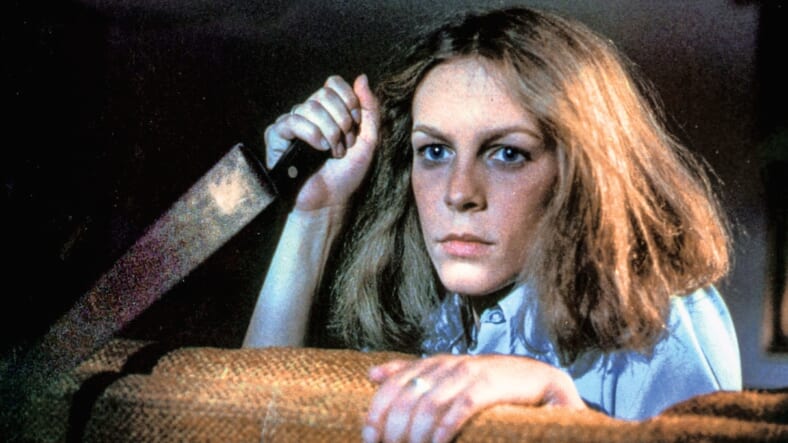 Horror studio Blumhouse Productions just tweeted out an image of Curtis in her original Halloween get-up (bell-bottoms and all) as she is trailed by shadowy stalker Michael Meyers.

Blumhouse announced its remake will come out on October 19, 2018—40 years after the original release.

Curtis previously reprised her Strode character 20 years after the fact in Halloween: H20, which was released back in 1998.

We’re all kinds of pumped.