Jerry Rice and Jim Brown do not agree. 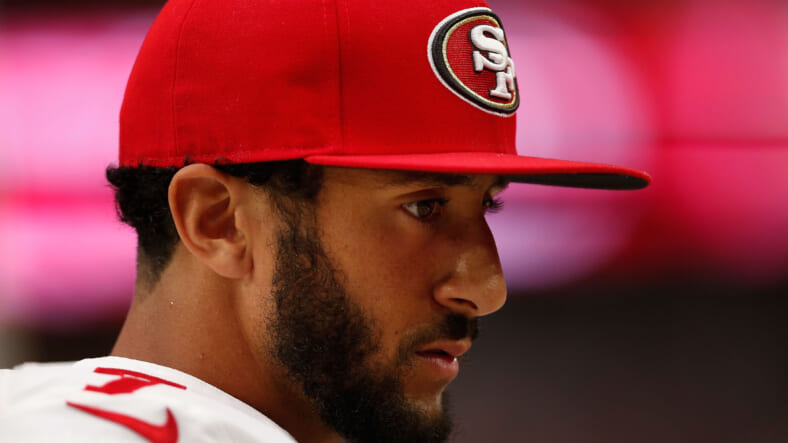 We’re nine days away from the beginning of the NFL season and the biggest story in football has nothing to do with the game. Instead, the entire sports world is wrapped up in a controversy about a backup quarterback’s refusal to stand for the national anthem.

Of course, sitting out the “Star Spangled Banner” was not the point of Colin Kaepernick’s protest. It was the method. The message was relayed via interviews in which he said he’s hoping to shine a light on racial injustice in the United States.

Few in the sports world have been shy about chiming in on Kaepernick’s actions, but no group has been as vocal as NFL players—active and retired. Here are some of the most interesting takes from the biggest names:

he has the right to choose not to stand. just as you have the right to disagree with his stance. round and round we go.

Jim Brown: “I listen to him, and he makes all the sense in the world. He’s within his rights, and he’s telling the truth as he sees it. And I am with him 100 percent.”

Richard Sherman: “So there is some depth and some truth to what he’s doing. I think he could have picked a better platform and a better way to do it, but every day they say athletes are so robotic and do everything by the book. And then when somebody takes a stand like that, he gets his head chopped off.”

Victor Cruz: “You’ve got to stand up with your teammates. It’s bigger than just you, in my opinion. I think you go up there, your with your team, and you pledge your allegiance to the flag and sing the national anthem with your team. And then you go about your business no matter what your beliefs are.”

On this issue: I agree with his protest, I DON'T agree w his METHOD. Read the article. I said it three times https://t.co/nrZ2b0GMDg

Rodney Harrison: “I tell you this, I’m a black man. And Colin Kaepernick — he’s not black. He can not understand what I face and what other young black men and black people face, or people of color face, on a every single (day) basis.”

Kaep is using his platform & brand to make a compelling & polarizing point, which is his right, even if it's met with ire!#idontagree

Ben Roethlisberger: “For Colin to use his platform as an NFL quarterback, as an NFL player, to speak on hot topics within this country, within the world, is awesome. He should be able to do that. But when it comes to the national anthem and and the flag, I think it stands for something different. … We go out and play football and entertain people and that’s because we have the freedom that soldiers have given us.”