“I think I’d be intimidated by how good Meryl Streep’s speech was, so I’d probably keep my mouth shut.” 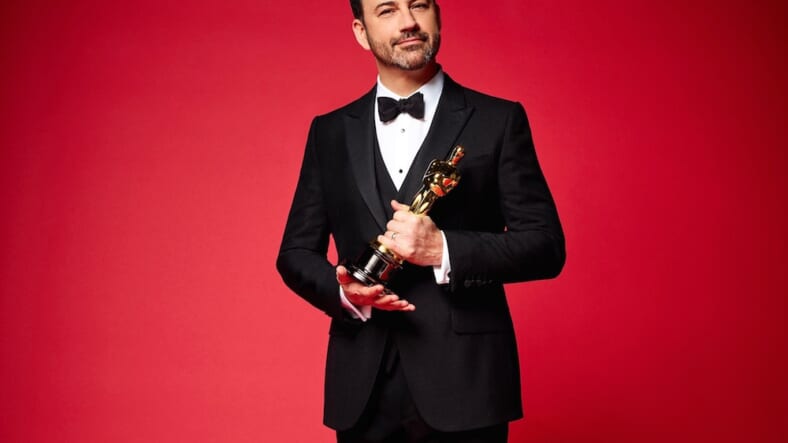 Throughout this year’s awards season, presenters and winners have used their podiums to cast their ire at current political situation.

But it seems Oscars host Jimmy Kimmel will avoid politics February 26, when he takes the stage at the Dolby Theater in Hollywood. In an interview with The Hollywood Reporter, the 49-year-old comedian and talk-show host betrayed some uncertainties about getting so political.

I think that you’ve got a group of people who are largely very liberal, although I will say, the first time I hosted the Emmys, I had a joke about there being no Republicans in the room, and a surprisingly big group of people clapped when I asked if there were Republicans, and I was a little bit thrown by it. So I don’t think the audience in its entirety is as liberal as people in Middle America imagine it is.

Kimmel is just trying to be a good host for everyone in attendance, and not everyone there may be as liberal as say… Meryl Streep. Kimmel advises that celebrities dial it down following her speech at the Golden Globes.

But the celebrities, most of them are pretty liberal. If I was nominated and I was going to stand on that stage, I think I’d be intimidated by how good Meryl Streep’s [Golden Globes] speech was, so I’d probably keep my mouth shut when it comes down to it.

From his interview, it is clear Jimmy Kimmel won’t be voicing his party alliances during awards night. Still, that doesn’t mean other celebrities will shy from getting political.