Joe Rogan Pitched Robert Downey Jr. on How Iron Man Could Return to the MCU

“There would have to be a super compelling argument and a series of events that made it obvious to do it.” 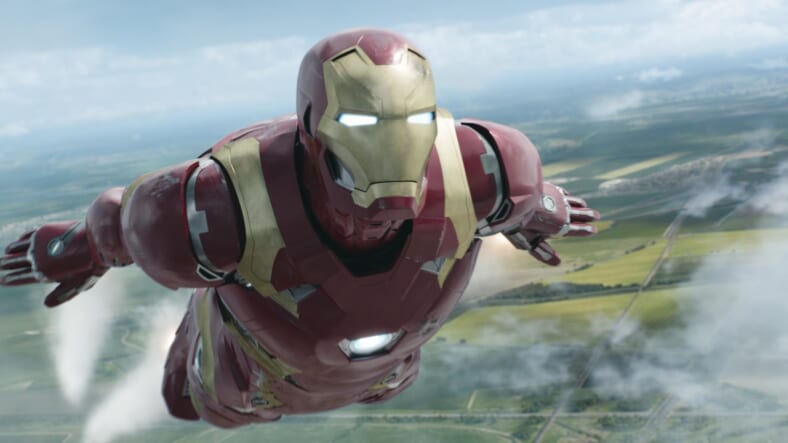 Robert Downey Jr.‘s Dolittle is getting ripped to shreds. Beloved as the man who created Marvel’s Iron Man truly is in and outside Hollywood, even his legendary combo of charisma and likability apparently can’t save a movie that prompted one critic to write, “If I could talk to the animals, I’d say one thing: Please make it stop.”

In Downey’s guest spot on Joe Rogan‘s podcast, he and Rogan talk about a little bit of everything including Dolittle (the horrible reviews weren’t out when this was recorded), because that’s what makes the MMA commentator’s show so entertaining.

Naturally, they talk a lot about Iron Man and Rogan presents a totally plausible scenario for the now-deceased character to return.

Rogan’s pitch in a nutshell:

Here’s what I think, they go through a few semi-lackluster Avengers movies without you. There’s a moment where the world’s fate is at stake and they’ve realized they need a super genius. Then, they figure out how to restart that time machine… You step out of that machine and the entire crowd goes wild.

Naturally, this would be a huge development and Rogan isn’t just floating a spur-of-the-moment idea—he’s put some real thought into it.

But Robert Downey Jr. isn’t so sure about any of that. “To me,” he said, “starting up again [as Iron Man] is off the table. I feel I’ve done all I could with that character.”

“There would have to be a super compelling argument and a series of events,” Downey said, “that made it obvious to do it. But the other thing is: I want to do other stuff.”

Who could blame him? Even actors getting millions of dollars a year for whatever they do get bored and don’t want to end up in a career stuck on repeat.

Chances are no matter how easily Marvel could make such a scenario work, it will never happen. RDJr. is in his mid-50s and all the intense training Hollywood expects superhero actors to do won’t get any easier

And based on Dolittle reviews containing statements calling it “One of the worst cinematic fiascos I’ve seen in years,” he won’t be talking to animals on-screen again either.