This was a dumba$$ thing to do… 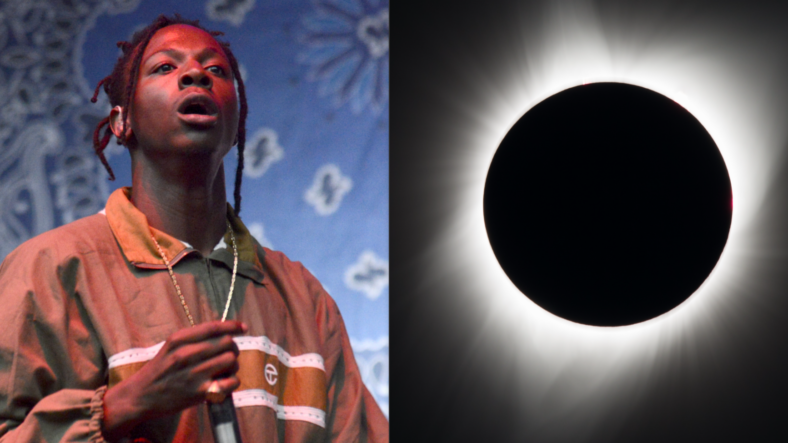 With a name like Joey Bada$$, it was pretty much a given that the Brooklyn rapper wasn’t going to heed the warnings of some two-bid scientists at NASA and the medical community not to stare directly at Monday’s solar eclipse without proper protective eyewear.

“I’ve sungazed before and afterwards saw colors for a whole day,” he tweeted during the rare celestial event.

“This ain’t the first solar eclipse and I’m pretty sure our ancestors ain’t have no fancy eyewear. Also pretty sure they ain’t all go blind.”

Just over 24 hours after boldly stating he was staring at the sun without “fancy eyewear,” Bada$$ tweeted about the not-so-coincidental cancellation of three shows due to “unforeseen circumstances.”

He alluded to vision problems in his next, slightly self-deprecating tweet.

And last night, he basically confirmed that his sun-gazing session resulted in a doctor’s visit and the show cancellations via an Instagram post.

“Doc said I gotta keep these on in the daytime now,” he captioned the photo. “A lil annoying but they’re pretty fire.”

Not gonna lie, he does look pretty badass in those prescription shades, even if they’re the consequence of a totally dumbass move.